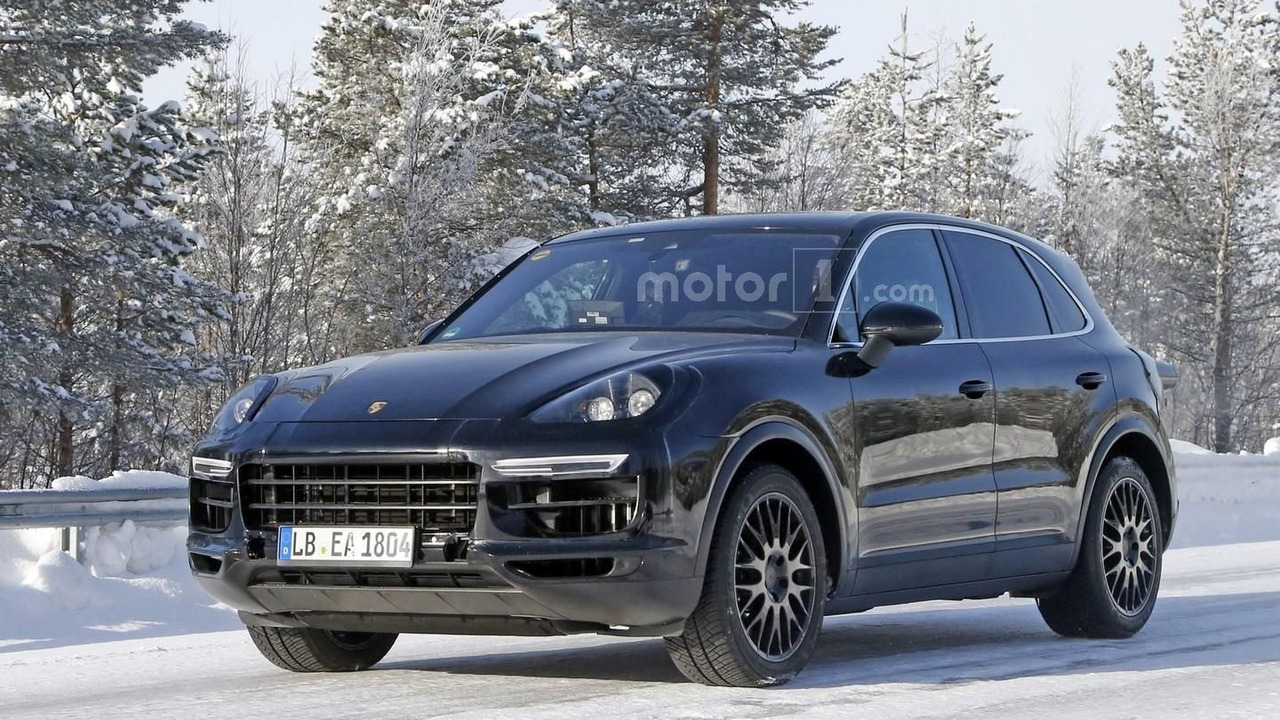 An early prototype of the next-generation Porsche Cayenne has been caught on camera undergoing testing during one of the last days of winter.

Porsche recently updated the current Cayenne by giving it a revised seven-inch PCM infotainment system, but work is already well underway on the all-new model set to arrive in the second half of 2017. The attached spy photos don’t reveal anything about the high-performance SUV’s design since we are dealing with an early prototype based on the current model.

However, there is one important novelty noticeable at the back where the roof-mounted spoiler features a built-in flap that opens up at a certain speed to improve the Cayenne’s aerodynamics. The front and rear lighting clusters are provisional while the size of the body seems to be pretty much the same, but that could change on more evolved prototypes that could grow in size. Don’t expect a design overhaul as the third-gen Cayenne will likely adopt an evolutionary look and there will probably be some cues from the smaller Macan.

While the body won’t be significantly changed, the interior will go through some extensive modifications and should have a lot in common with the upcoming Panamera that was spotted with capacitive touch controls. There’s also going to be an entirely digital instrument cluster and hopefully less switchgear as the current Cayenne feels like an airplane’s cockpit on the inside.

Don’t let the familiar design make you think it’s going to be a mere facelift of the existing model as the 2018 Cayenne will ride on a different platform. It will use the same MLB architecture that has already underpinned the new Audi Q7 and Bentley Bentayga, so expect a healthy weight loss of at least 220 pounds (100 kilograms).

Power is expected to come from a new family of turbocharged V6 and V8 engines developed by Porsche with Audi and some of these could feature e-turbo tech as seen in the new SQ7. A new Cayenne S E-Hybrid is in the works as well and will provide improved fuel efficiency along with a higher electric range thanks to the revamped hardware and the planned diet.

It’s too early to tell when the next Cayenne will be out, but we could see it at the next edition of the Frankfurt Motor Show set for September 2017.