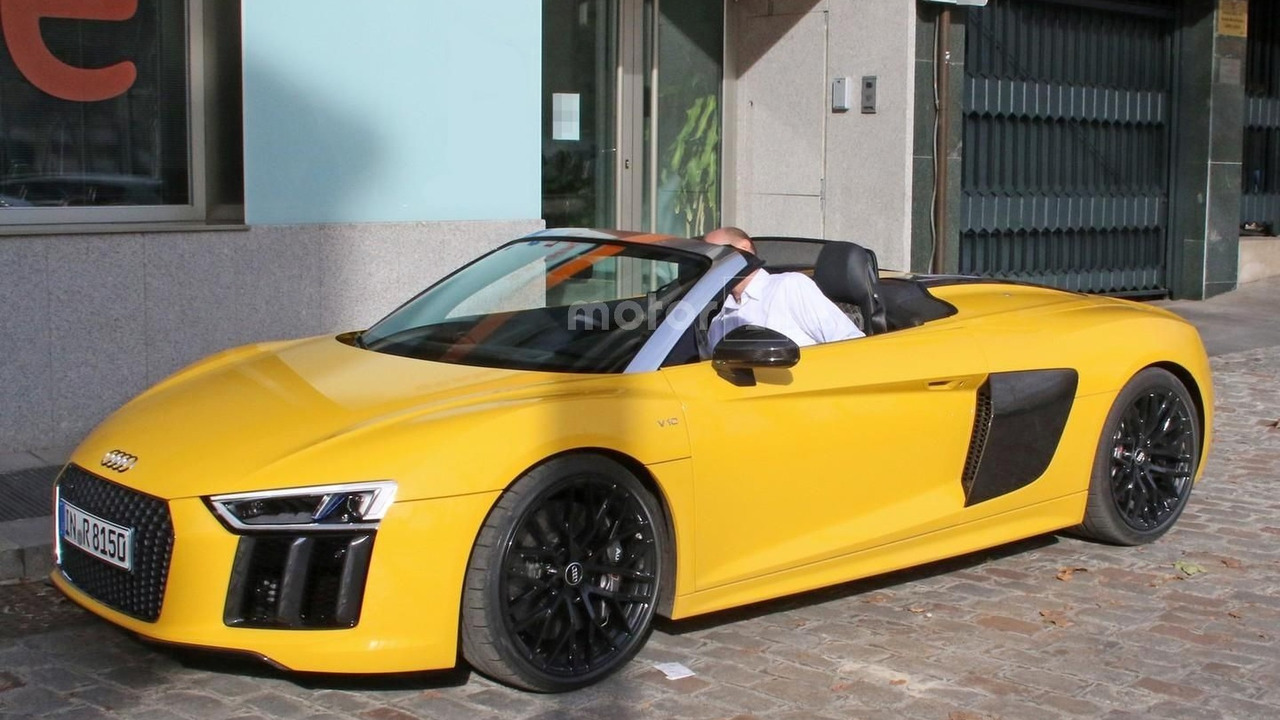 That Vegas Yellow prototype of the 2017 Audi R8 Spyder has been caught on camera once again and this time around the pic quality is much better.

That Vegas Yellow prototype of the 2017 Audi R8 Spyder has been caught on camera once again and this time around the pic quality is much better.

Taking into account Audi doesn’t even bother anymore putting camouflage on its prototypes, it means the new R8 Spyder will soon be revealed. If you were expecting some big changes compared to the coupe, prepare to be disappointed as the modifications are minor. While on the coupe you can see the mighty 5.2-liter V10, the new engine lid of the Spyder obstructs the view, but here’s hoping a transparent version will be available at some point.

Another change is the addition of a rear mesh between the taillights which aids cooling of the naturally-aspirated engine. The Spyder version will also have a more upright rear window while the third brake light is going to sit above the four-ring logo compared to the coupe where it’s found on the upper section of the rear window.

Judging by the lack of a rear wing, the prototype spotted here shows the regular Audi R8 V10 version with 540 horsepower on tap. The more expensive V10 Plus will have 610 hp, carbon fiber reinforced plastic rear wing, carbon ceramic brakes, along with clear-coated carbon fiber splitter, diffuser, and side blades.

Fitted with all the bells and whistles, the 2017 Audi R8 Spyder in the Plus trim will probably cost more than €200,000 since the V10 Plus Coupe begins at €187,400 in Germany. It won’t be Audi’s most expensive car on sale as VW’s premium marque will soon have on offer a pure electric R8 e-tron which will likely be way pricier.