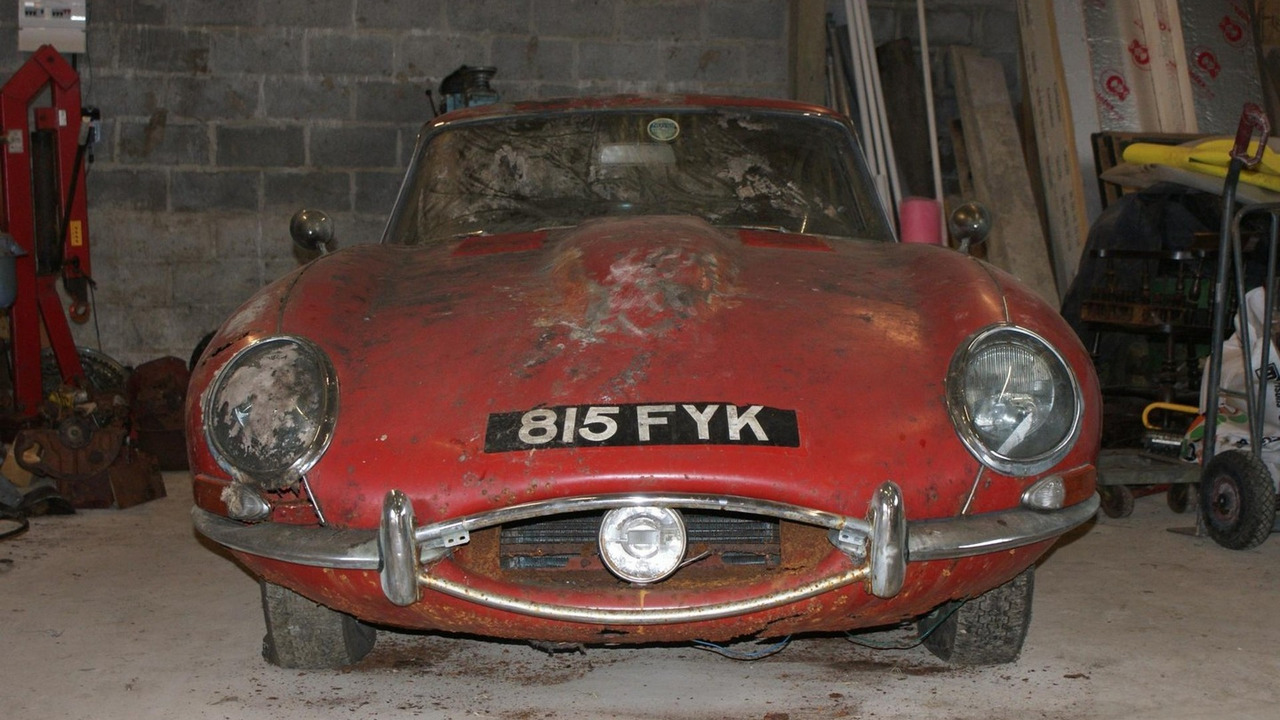 In recent years we have seen a great number of “barn finds”, but this time we are dealing with something a bit different as the car was actually found rotting under a hedge in the village of Bisley in Surrey. It needs some serious TLC, so hopefully the new owner will restore the 1963 E-Type to its former glory. The vehicle was originally purchased by Ivor Arbite, who owned the Drum City and Sound City shops in London and was also the designer of the “drop-T” logo for none other than The Beatles.

Between the years 1965 and 1967, the E-Type switched several owners before being acquired by its last owner, Frank Riches. He raced it a lot between 1967-1969 at Oulton Park, Brands Hatch, and Blackbushe and eventually damaged the clutch. Rather than fixing it, Ivor Arbite put the car in a storage lock and kept it there until the 80s before moving it to his garden where it remained until 2015 when it was rescued.

When it was discovered, it still had the last tax disc on the windscreen which expired way back in November 1969. The car has covered 44,870 miles (72,211 kilometers) and judging by what we see in this image, it will need months of work and a serious investment from its new owner.

Gallery: Jaguar E-Type found under a bush sells for $74k at auction