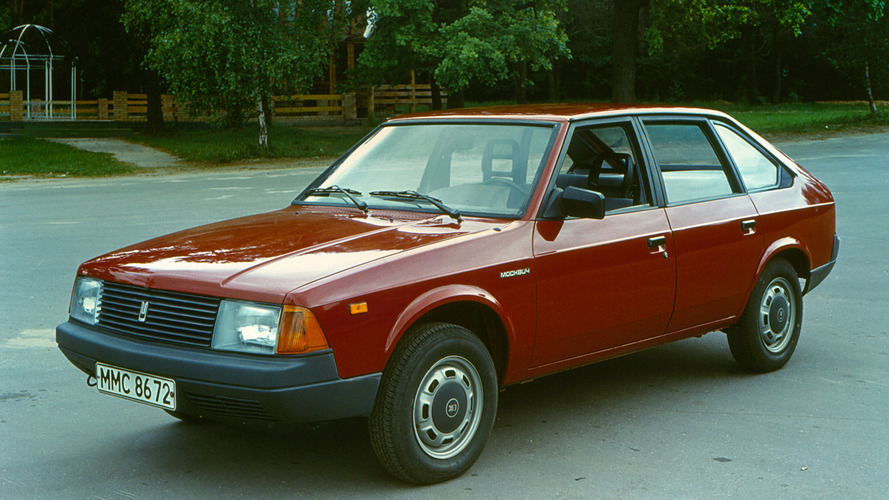 The 2141 is basically the last development of Moskvitch – a government-owned Russian car manufacturer (privately-owned from 1991), dissolved in 2006.

The 2141 is basically the last development of Moskvitch – a government-owned Russian car manufacturer, privately-owned from 1991, dissolved in 2006. The vehicle is also known with its Aleko trade name, which was used for export cars.

Production of the 2141 started in 1986 in Moskvitch’s Moscow factory. The first series of the model was manufactured until 1997, when it was replaced by modernized versions. The last examples rolled off the assembly lines in 2003.

The Aleko is a midsize family vehicle with a five-door hatchback body and front-engine, front-wheel-drive layout. During its lifetime, it was offered with several different engines, including 1.5-, 1.6-, 1.7-, and 1.8-liter petrol units, as well as 1.8-liter Ford-sourced (used in the Fiesta, Escort, and Sierra models in Europe) and 1.9-liter Peugeot-sourced diesels. The project for the vehicle was inspired by the French Simca 1307 with notable design borrowings.

The 2141 served as a replacement for the aging 2140 and development of the car begun in the early 1980s. Interestingly, before that, Moskvitch engineers worked on a series of rear-wheel-drive cars and made pre-production prototypes. However, the Russian Minister of Automobile Industry asked them to stop the project and focus on a brand new vehicle - a front-wheel drive car, similar to the Simca 1307.

Designers and engineers of the AZLK (Avtomobilny Zavod imeni Leninskogo Komsomola), owner of the Moskvitch brand, were asked to put the existing Moskvitch engine in a Simca and perform different tests. Shortly after, it was decided that the new 2141 should be a copy/paste of the French vehicle, but designers considered it “insulting and humiliating” to copy the car and changed nearly every part of the construction, except for some elements of the roof and the form of the window seals.

The Aleko represents a truly major step forward for the Russian automotive industry. It is only the second front-wheel-drive hatchback of the Soviet Union, after the Lada Samara, but work on the Aleko actually started before the VAZ engineers took the Samara to the drawing board. The 2141 had almost nothing in common with its predecessor and featured a MacPherson strut front suspension, torsion-crank rear suspension, and a rack-and-pinion steering.

What’s more important, it’s the first vehicle in the history of the Russian car industry, designed with aerodynamics in mind. Russian and French designers cooperated at the final stages of the development to achieve a drag coefficient of 0.35.