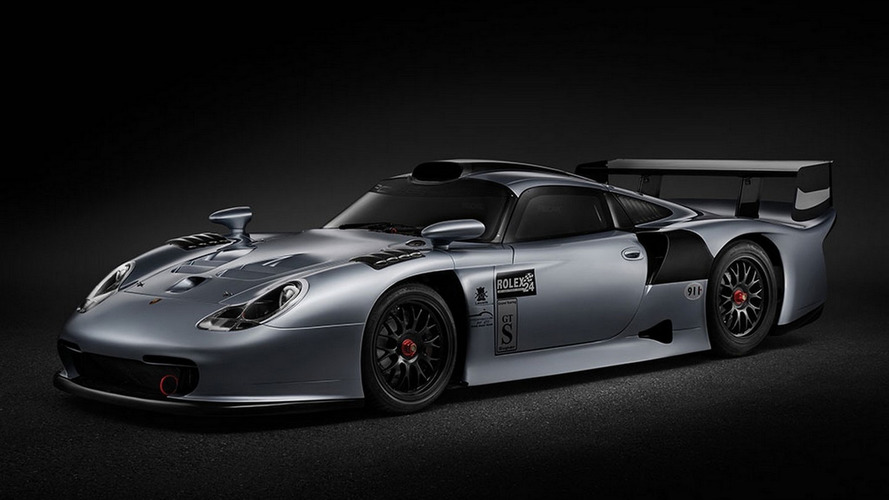 A truly unique 1997 Porsche GT1 Evolution is set to hit the auction block and is estimated to fetch anywhere between $2.97M and $3.3M.

A truly unique 1997 Porsche GT1 Evolution is set to hit the auction block and is estimated to fetch anywhere between $2.97M and $3.3M.

Although it doesn’t really look like it, the car can be legally driven on public roads according to RM Sotheby’s which will have it for sale in May at an auction in Monaco. This is actually an ex-racing GT1 Evo converted for street use, therefore it should not be confused with the 911 GT1 Straßenversion that left Porsche’s factory with road-legal status.

Its heart and soul is a beefy biturbo 3.2-liter flat-six engine developing more than 600 horsepower (447 kilowatts.) It’s significantly more than the Straßenversion which had "only" 544 hp and was also 220 pounds (100 kilograms) heavier.

Basically a race car for the road, the 1997 Porsche GT1 Evolution is a true monster and with time we expect its value to increase taking into account only one exists. We won’t be too surprised if the estimated selling price will be surpassed at the Monaco auction set for this May. That’s because the “more humble” 911 GT1 Straßenversion (of which 25 units were ever made) is worth well over $2M nowadays.