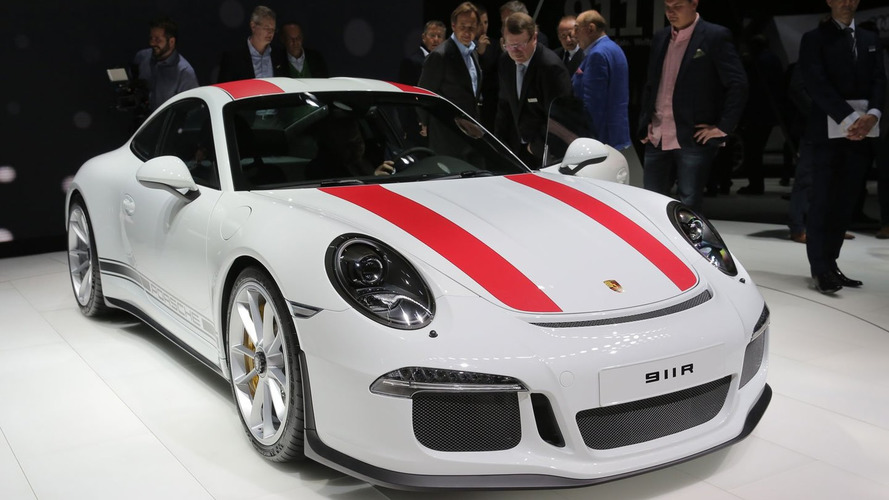 Hot on the heels of its Geneva premiere last week, the Porsche 911 R is back in a new promotional video.

Hot on the heels of its Geneva premiere last week, the Porsche 911 R is back in a new promotional video.

The “pure” 911 R as Porsche likes to call it is playing a game of hide and seek with a satellite that tries to keep track of the naturally-aspirated, manual 911. Being an ad, it obviously fails to do so, as the limited-run model proves to be too fast and vanishes right away. It does so thanks to the 911 GT3 RS’ 4.0-liter engine pushing out 500 horsepower (368 kilowatts) and 340 pound-feet (460 newton meters) wrapped in a body weighing only 3,021 pounds (1,370 kilograms.)

The 911 R’s body resembles the Carrera, but with 911 GT3-inspired front and rear fascias along with an automatically deployed rear spoiler replacing the GT3’s fixed rear wing. It has also received a bespoke underbody diffuser and a new front spoiler lip while optional Porsche side logos and color stripes further distinguish the special edition.

Only 991 units will ever be made and the model can already be ordered in United States where it costs $184,900 (plus $1,050 destination charge). The 911 R will start reaching stateside dealers towards the end of the summer.

Gallery: Satellite too slow to keep up with Porsche 911 R in new ad [video]