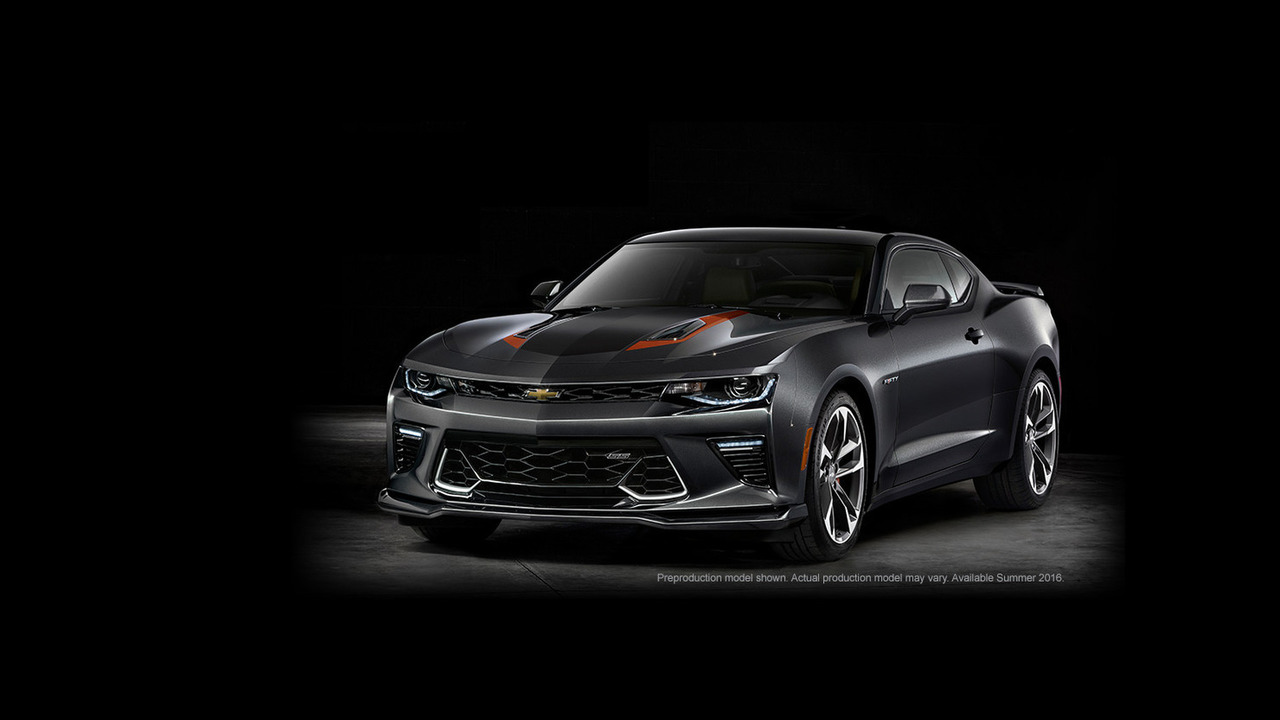 Described as the "most epic Camaro" ever created, the special edition features a Nightfall Gray Metallic exterior with a body-color front splitter and unique 20-inch alloy wheels.  The model has also been equipped with a revised grille, orange brake calipers, and 50th Anniversary body stripes.  The entry-level variant also comes standard with the RS Appearance Package which includes HID headlights, LED taillights, and a trunk-mounted spoiler.

The special edition will be available as a 2LT or 2SS Coupe or Convertible. The latter variant features a 6.2-liter V8 engine that develops 455 horsepower and 455 pound-feet of torque.  The engine is connected to a six-speed manual transmission but customers can order an optional eight-speed automatic gearbox.

The Chevrolet Camaro 50th Anniversary Edition will go on sale this summer and pricing will be announced closer to launch.