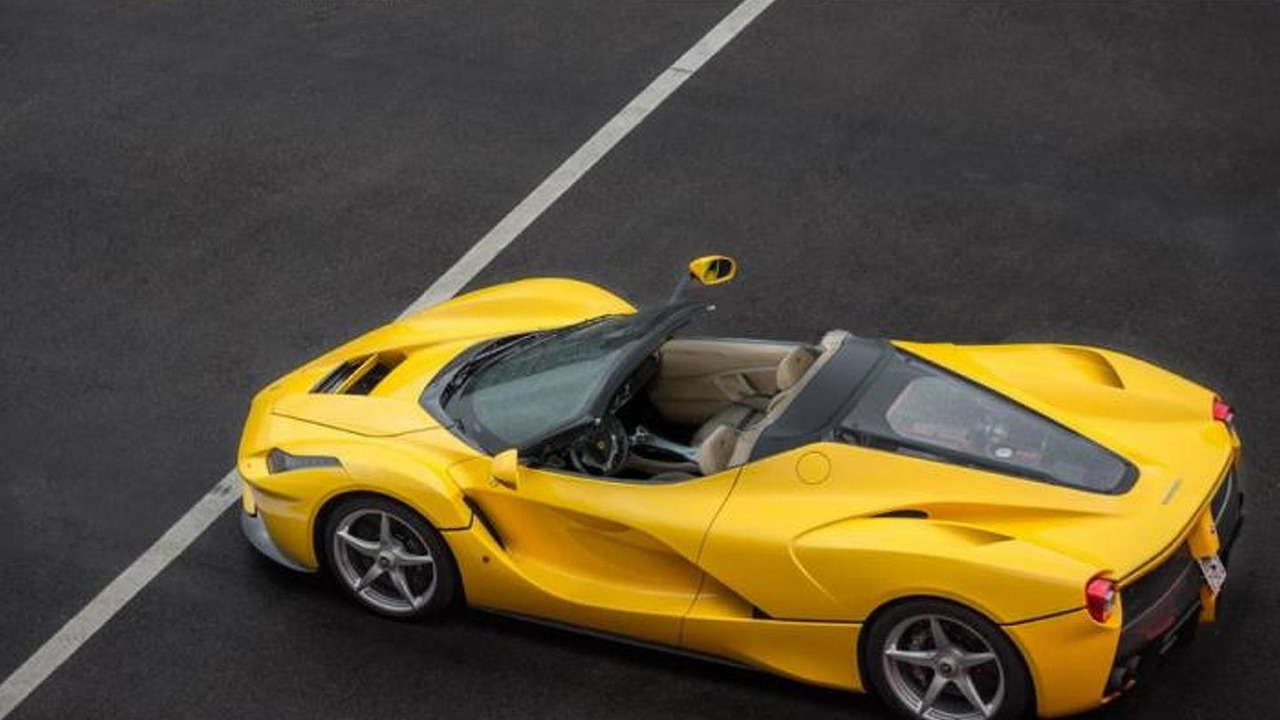 Word has it Ferrari organized a private event last night to show a Spider version of the LaFerrari.

Word has it Ferrari organized a private event last night to show a Spider version of the LaFerrari.

The news doesn’t really come as a big surprise taking into account many reports have indicated Ferrari would sooner or later chop off the LaFerrari’s roof for an open-top version. The model is said to serve as a celebration for 70 years since the first Ferrari-badged car, but some people are saying Ferrari has prepared a special design for the anniversary model and it might not be this car after all. This makes sense since the “leak” implies the LaFerrari Spider will be revealed this year whereas the anniversary car is due in 2017 to mark 70 years since the 125 S.

Unsurprisingly, all of the LaFerrari Spider units have apparently already found a buyer if we were to believe company insiders that also say FXX K clients had first dibs. Production is said to be capped at 150 units (up to 200 possible) and most likely these had a starting price significantly higher compared to the LaFerrari coupe which was made in 499 examples at $1.69M apiece.

It’s unclear at this point what sort of roof configuration the model will have, but most likely we will find out in the months to come. The model could go official as early as June during the Ferrari Cavalcade 2016.

It will likely carry over the coupe’s 963 horsepower hybrid setup and will likely be a tad heavier due to the added complexity of the roof. The coupe tips the scales at 2,766 pounds (1,255 kilograms), so expect the Spider (name not confirmed) to add a bit of bulk on top of that. This will probably have a small impact on performance compared to the coupe which hits 62 miles per hour (100 kilometers per hour) in less than three seconds and tops out at 217+ mph (350 kph+).

Meanwhile, Ferrari is displaying in Geneva these days a replacement for the FF called GTC4Lusso which is more powerful and substantially quicker than its predecessor.