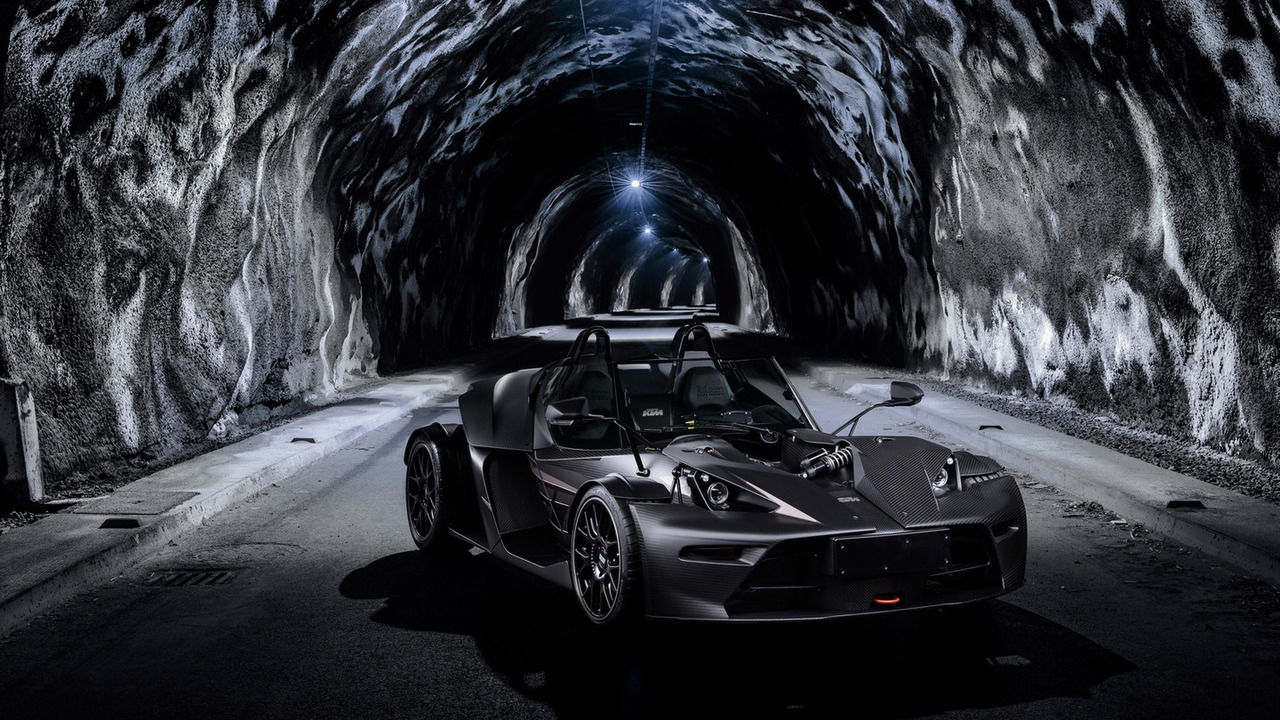 KTM has taken the wraps off the X-BOW GT Black Edition at the ongoing 2016 Geneva Motor Show.

KTM has taken the wraps off the X-BOW GT Black Edition at the ongoing 2016 Geneva Motor Show.

It was three years ago at the same event where KTM unveiled the X-BOW GT and now the model is getting a limited-run Black Edition that carries a pre-tax price of €99,000. That’s a lot of money for a track toy, but KTM says it actually brings a price advantage of €10,000 compared to a regular model.

The vehicle has received a rather sinister monochromatic appearance and rides on black 18-inch front and 19-inch rear BBS wheels. Another important change is the adoption of a black anodized sport exhaust that rounds off nicely the X-BOW GT’s dark theme.

Stepping inside, there are hand-stitched comfort seats with color-coordinated stitching and “Black Edition” logos on the headrests. KTM has dressed the steering wheel in suede leather and used aluminum for the gear and brake levers. In addition, the revised multimedia system comes with a rearview camera while the center console holds an aluminum badge to denote this is a limited production model.

Compared to the regular X-BOW GT, the Black Edition uses an evolution of the turbocharged 2.0-liter engine pushing out 320 horsepower (235 kilowatts) whereas the standard setup has 285 hp (210 kW.) KTM doesn’t mention the torque figure, but most likely this has also been bumped from the series 310 pound-feet (420 Nm.)

The power hike has probably slashed a few tenths of a second from the sprint to 62 mph (100 kph) which takes 4.1 seconds in the regular model. Chances are top speed has increased a little bit compared to a standard X-BOW GT that maxes out at 143 mph (231 kph.)

KTM has plans to make only five units of the X-BOW GT Black Edition and mentions buyers will receive a tour of the company’s factory in Graz, Austria.