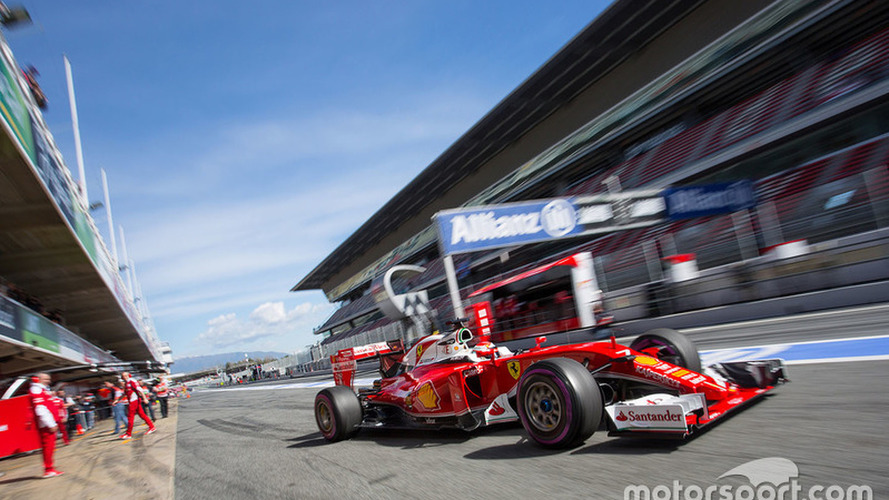 Kimi Raikkonen set the fastest time of pre-season testing so far to finish on top of the times in the penultimate day of work at the Barcelona circuit.

Kimi Raikkonen set the fastest time of pre-season testing so far to finish on top of the times in the penultimate day of work at the Barcelona circuit.

The Ferrari driver's time - a 1:22.765 - was set late in the morning session as the Finn ventured out with the new ultrasoft tyres.

Raikkonen, who caused a stir at the start of the day when his car completed a lap with the 'halo' protection system, finished nearly half a second clear of second-placed Felipe Massa.

The Brazilian, however, set his best time of the day with the yellow-marked soft tyres.

Nico Rosberg was the top Mercedes driver in fifth, as the German squad continued with its policy of not running with the softest tyre compounds.

Rosberg, who drove in the morning, used the medium compound for his best lap.

Teammate Lewis Hamilton replaced him in the afternoon and wound up 11th, also using the medium tyres for his fastest lap.

Felipe Nasr was sixth in the Sauber, while McLaren's Fernando Alonso finished in seventh.

The Spaniard was the only driver to set his best time of the day on supersofts, despite going out for a run on ultrasofts later in the session.

Pascal Wehrlein also ran with the ultrasofts to put his Manor in eighth position ahead of the Red Bull of Daniil Kvyat (softs).

Renault driver Jolyon Palmer finally got some significant mileage under his belt after a troubled first week of testing.

The Briton finished down in 10th after nearly 100 laps.

After two troubled days on Tuesday and Wednesday, the Haas team was back on track with the intention of completing a race simulation and plenty of running.

However, its day did not go to plan and Romain Grosjean caused three red flags, first late in the morning when he went off at Turn 4 and then one hour into the afternoon session when he again ended up in the gravel at Turn 1.

Although he avoided the tyre barrier in both incidents, the Frenchman's day came to an early finish when he stopped for a third time with five minutes left.