The Jeep has the most power, but it’s also the heaviest.

Consumers have flocked to crossovers and SUVs, and automakers have followed. However, the move toward family vehicles hasn’t dampened the need for high-performance ones. Companies adapted, and high-horsepower SUVs are now abundant. A new Sam CarLegion YouTube video gathered three for a series of drag races to see which potent SUV reigns supreme.

The Mercedes jumped the line in the first race, getting a sizable lead that the other two couldn’t close. It crossed the finish line first, but the Jeep was gaining at the end. The BMW placed third. The second race was much closer, with the Grand Cherokee Trackhawk and Mercedes leaving the starting line simultaneously, giving the Jeep the opportunity to pull ahead of the GLC to finish first. The BMW took third again.

The two rolling races are where the Jeep struggled. In both instances, it failed to keep up with the other two. The Mercedes pulled away from the group, earning two more victories, with the BMW taking second. The Jeep might have a lot more power than the other two, but it’s also heavier, hurting its performance capability at the end. 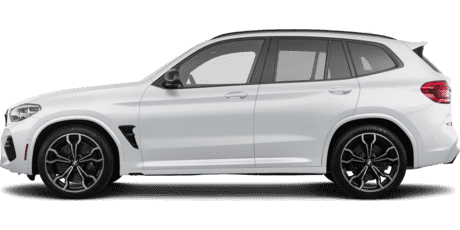