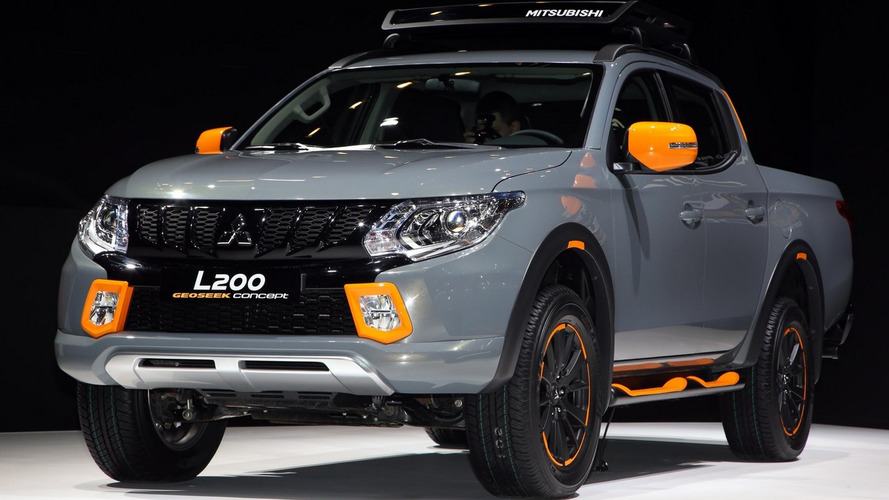 Mitsubishi has arrived in Geneva with two GEOKSEEK concepts based on the L200 pickup and the ASX crossover.

Mitsubishi has arrived in Geneva with two GEOKSEEK concepts based on the L200 pickup and the ASX crossover.

Mitsubishi calls these two concepts, but in reality we are dealing with regular L200 and ASX production models featuring a new livery and some accessories. The two are painted in a solid pearl grey hue combined with a few bright orange accents on the bumpers, fog lamp bezels, fender lips, mirror caps, and also on the tailgate spoiler.

In addition, the GEOSEEK concepts come with a mesh inner front grille and have received a roof rack that can hold bicycles or camping gear. Rounding off the list of changes on the outside are the working lights installed on the L200 / Triton and the LED fog lights for the ASX / Outlander Sport.

Stepping inside, the changes are just as insignificant as the so-called concepts have basically the same cabins, only this time with some orange accents mirroring the body finish. The seats have received a suede-like fabric with a low-slip surface on the side bolsters along with mesh fabrics for the center areas which according to Mitsubishi will improve ventilation.

These two GEOSEEK concepts are being exhibited in Geneva alongside the eX concept which is celebrating its European debut after being originally unveiled last year in Tokyo.