Koenigsegg Agera One of 1 unveiled with 1,360 hp 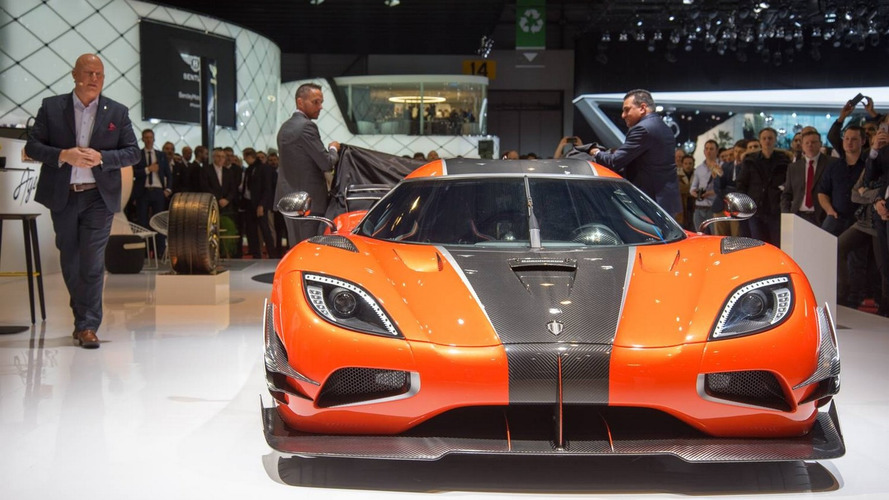 Only three units will be built.

Koenigsegg is preparing to say goodbye to the Agera by announcing plans for a series of "Final" editions. The first model was presented at the Geneva Motor Show and it is called the “One of 1.”

The special edition was created with "unprecedented input" from the owner who wanted an Agera that was as close to a One:1 as possible.  However, the mysterious buyer wanted to keep the model's luggage space and roof intact.

In order to achieve this, the Agera One of 1 has been equipped with a number of custom components including carbon fiber canards, a roof-mounted air intake, and a unique front splitter.  The model also has a unique rear wing and a special rear venturi with adjustable winglets.  Other custom touches include a mesh rear fascia and a 3D-printed titanium exhaust outlet with “One of 1” badging.  Last but not least, the car has a custom paint job, bespoke switchgear, and Aircore carbon fiber wheels.

The Agera Final series will be limited to three units and they will mark the end of the Agera model line.  All three models have already been spoken for and the last one is slated to be delivered by the end of 2017.

Gallery: Koenigsegg Agera One of 1 unveiled with 1,360 hp