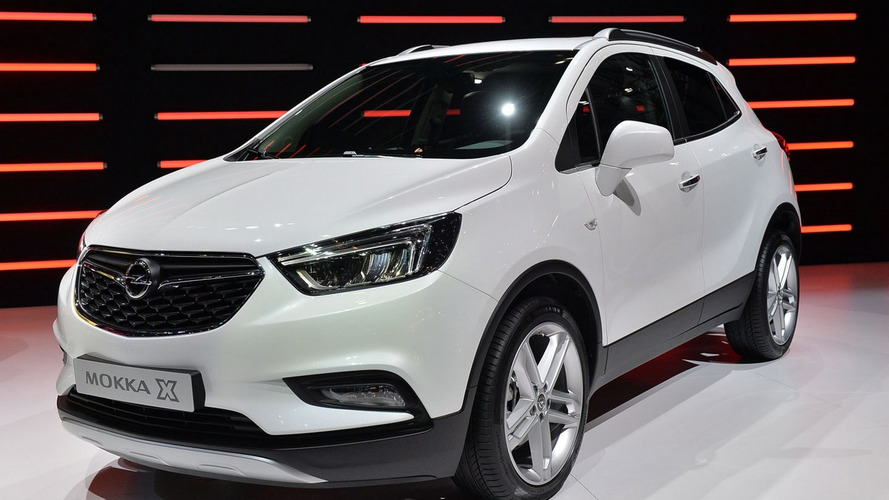 The Opel Mokka X has arrived in Geneva to show its new face along with other novelties introduced with the mid-cycle facelift.

The Opel Mokka X has arrived in Geneva to show its new face along with other novelties introduced with the mid-cycle facelift.

Work started on the outside where the front and rear bumpers have gone through some mild revisions while the grille is now shaped like a wing. A more important change is the adoption of full LED adaptive headlights with reconfigured daytime running lights designed as double wings. At the back we notice slightly modified graphics for the LED taillights and Opel says two fresh body paints have been added, Amber Orange and Absolute Red.

For the interior, the folks from Rüsselsheim have made some changes to the dashboard which now looks as if it was taken straight from the new Astra compact. Seven- and eight-inch touchscreens are available and many of the physical buttons are gone as their respective functions are now built into the IntelliLink infotainment system.

Perhaps the biggest news is the availability of a turbocharged 1.4-liter gasoline engine linked to a six-speed automatic transmission. The unit develops 152 horsepower (112 kilowatts) delivered to both axles via an adaptive all-wheel drive system. If you would rather have a diesel, the 1.6 CDTI (aka “whisper diesel”) will be available in 110 hp and 136 hp flavors.

The Opel Mokka X is programmed to go on sale in Europe this fall and will be joined later this year by its American sibling, the revised Buick Encore. It’s due for the 2017MY in United States and will be unveiled next month at the New York Auto Show. We expect the Encore to receive virtually the same array of changes as the ones implemented in the Mokka X.