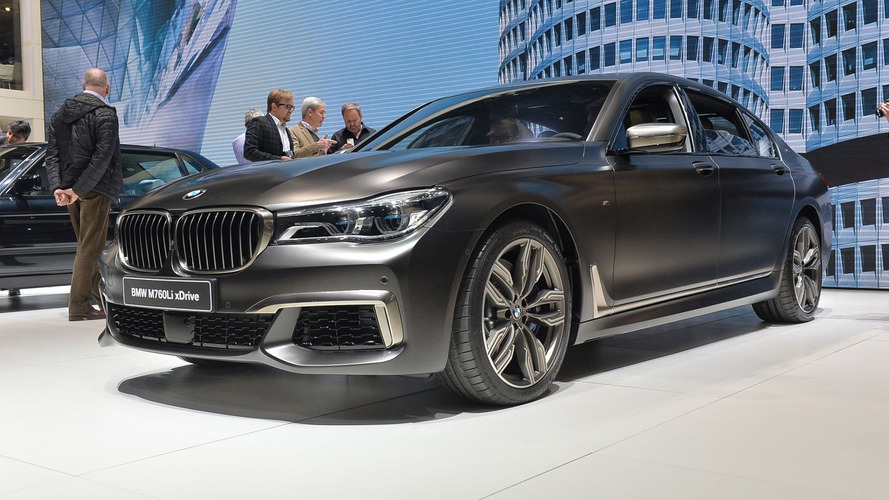 BMW held the online premiere of the V12-powered 7 Series in February and now the luxury vehicle is making its first public appearance in Geneva. It will be the hottest variant of the flagship model along with the recently introduced Alpina B7 Bi-Turbo.

We also have fuel consumption numbers that show the V12 7 Series burns 18.65 US miles per gallon (12.6 liters per 100 km) with corresponding CO2 emissions of 294 grams per kilometer.

BMW also introduces the V12 Excellence modification that will be available at no extra cost. It features a chrome bar extending across the full width of the car in the upper section of the air intake grille, silver kidney grills, a V12 badge on the boot lid, and a pair of chrome, rectangular tailpipes with additional chrome trim at the back.