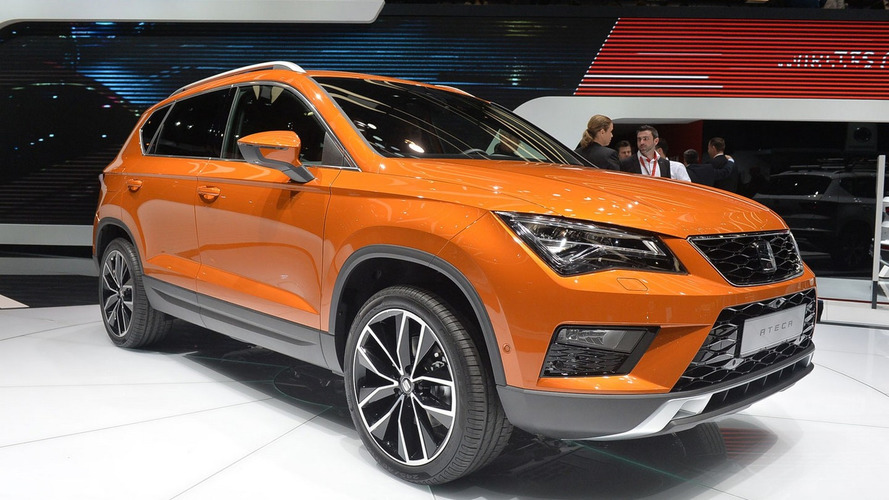 It’s been long overdue, but SEAT is finally ready to play in the SUV game with its brand new Ateca.

It’s been long overdue, but SEAT is finally ready to play in the SUV game with its brand new Ateca.

The sharp design lines of the Leon hatchback have made a nice transition to a high-riding model as the Ateca features a stylish design and looks smart when equipped with the optional LED headlights. It gets the usual crossover cues like the plastic body cladding and faux skid plates while the roof-mounted spoiler in the back adds some sportiness.

Spain’s VW Tiguan has a familiar interior design that closely echoes the Leon and uses an eight-inch infotainment screen on the more expensive models. An optional “connectivity box” mounted in the center console will enable drivers to wirelessly charge their smartphones, so charging cables won’t be a hassle anymore.

Being a VAG product, the SEAT Ateca gets a multitude of safety and assistance systems, ranging from blind spot detection and traffic sign recognition to a traffic jam assist system and emergency braking.

On the power front we find a tiny turbocharged 1.0-liter three-cylinder gasoline engine with 113 horsepower followed by a beefier 148-hp 1.4-liter TSI. If you would rather have a diesel, SEAT will offer you the possibility of choosing between a 113-hp 1.6 TDI and a larger 2.0 TDI with 148 hp or 187 hp. These engines work with a six-speed manual or a dual-clutch gearbox sending power to the front axle or to an optional all-wheel drive system.

SEAT mentions the Ateca will initially go on sale in Spain and Germany before summer, with the rest of the European countries to follow progressively.