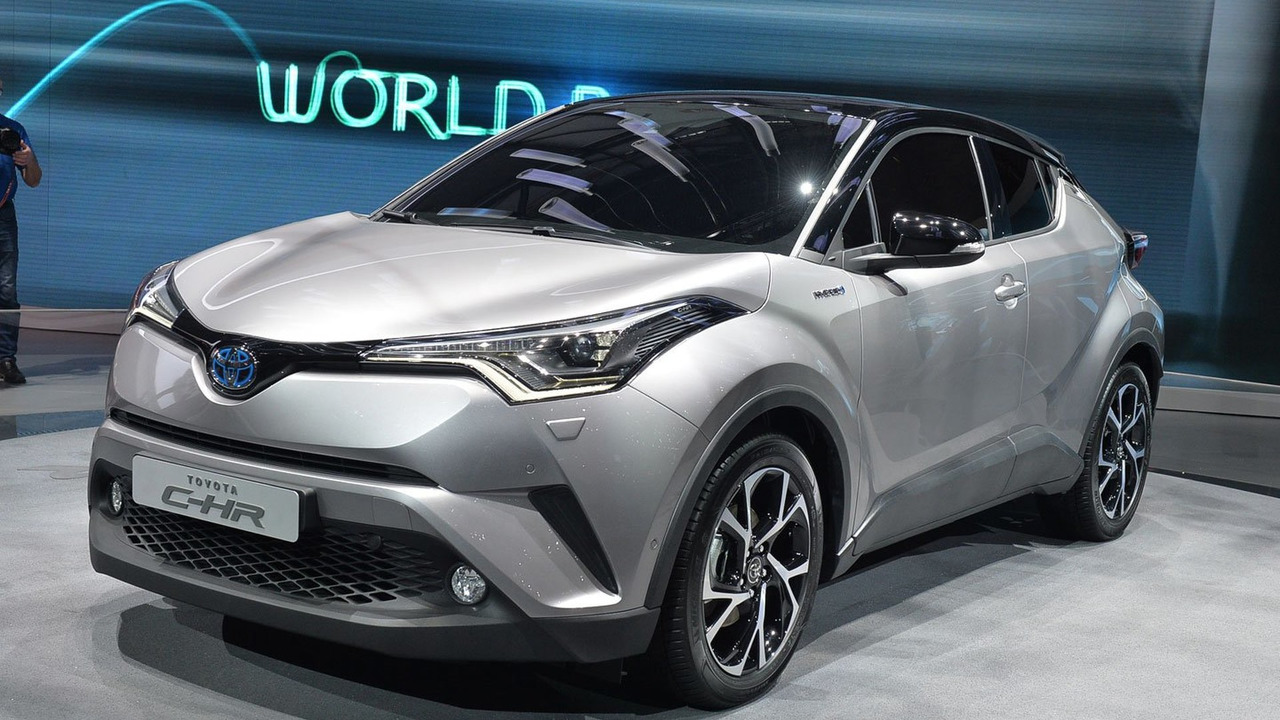 After two Toyota concepts and another one with Scion’s badge, the C-HR crossover has finally arrived in production specification at the Geneva Motor Show.

After two Toyota concepts and another one with Scion’s badge, the C-HR crossover has finally arrived in production specification at the Geneva Motor Show.

Set to join the highly competitive subcompact crossover segment, the C-HR has an ace up its sleeve as it is the first model to be offered with a full hybrid system. The model rides on the newly developed TNGA platform that has also underpinned the Prius from where the C-HR will inherit the hybrid arrangement. It will use a hybridized 122-hp 1.8-liter gasoline engine featuring a thermal efficiency of 40% and emitting less than 90 g/km.

If you are not a big fan of hybrids, Toyota will also sell the C-HR with a turbocharged 1.2-liter gasoline engine taken from the Auris. It develops 115 hp (85 kW) and works with either a six-speed manual or a continuously variable transmission which has been specifically tweaked for Europe and can be paired to an optional four-wheel drive system. In addition, the subcompact crossover will also be offered in select markets (excluding UK) with a naturally-aspirated 2.0-liter engine.

As far as styling is concerned, the production version is as expected more tamed than the previewing concepts but even so its funky design is only matched by the Nissan Juke. Toyota wanted to give the C-HR the roofline of a coupe while maintaining intact the crossover traits such as the plastic cladding and increased ground clearance.

More expensive versions will come with full LED headlights featuring sequential turn signals while the taillights will also employ light-emitting diodes. The rear door handles sit up high as these have been integrated within the C pillar as a way to create the illusion of a coupe.

The C-HR was supposed to be sold as a Scion in United States, but since Toyota has decided to pull the plug on its youth-oriented marque, the crossover will be available stateside with the Toyota badge. The Euro-spec Turkey-built C-HR will go on sale in the second half of the year while the American model is due in 2017.