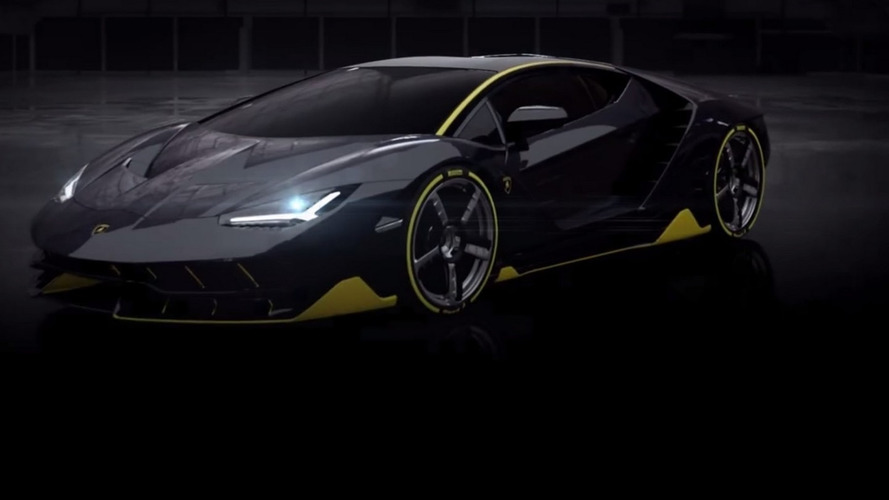 Lamborghini has released a spectacular video to preview the Centenario due to premiere tomorrow in Geneva.

We have managed to find out all the juicy specs. Basically the rumors were true, the V12 has been upgraded to 770 PS. 20 coupes and 20 roadsters will be made. Lamborghini says the sprint from 0 to 62 mph (100 kph) will take 2.8 seconds while from 0 to 186 mph (300 kph) it will need 23.5 seconds. Top speed is in excess of 217 mph (350 kph.) The body is entirely made from carbon fiber and there’s an extending rear wing activated at high speeds to boost downforce.

Lamborghini has released a spectacular video to preview the Centenario due to premiere tomorrow in Geneva.

Think of the video as a half teaser / half preview that provides a quick glimpse of Lamborghini’s special model designed to celebrate 100 years since company founder Ferruccio was born. The clip comes to confirm the “Centenario” moniker and the fact that it's not as outlandish as the Veneno.

The vehicle wears a predominately dark grey / black paint combined with yellow accents applied on the roof line, front splitter and side skirts. You will also notice the more aggressive hood design and new side vents near the doors to provide better cooling for the V12 engine. It is believed the naturally-aspirated 6.5-liter has been further upgraded to develop around 770 PS (759 horsepower), but we will have to wait for a confirmation from Sant'Agata Bolognese.

What the attached video does reveal is that it’s going to be the quickest Lamborghini ever made. For a brief moment, you can see the aggressive rear end with a massive diffuser flanking three exhaust tips as depicted in those leaked patent pics.

The plan is to make 20 coupes and 20 roadsters, but all of them have allegedly been sold already for a rumored price of $2.38M (likely for the coupe.)

Check back soon for full details.