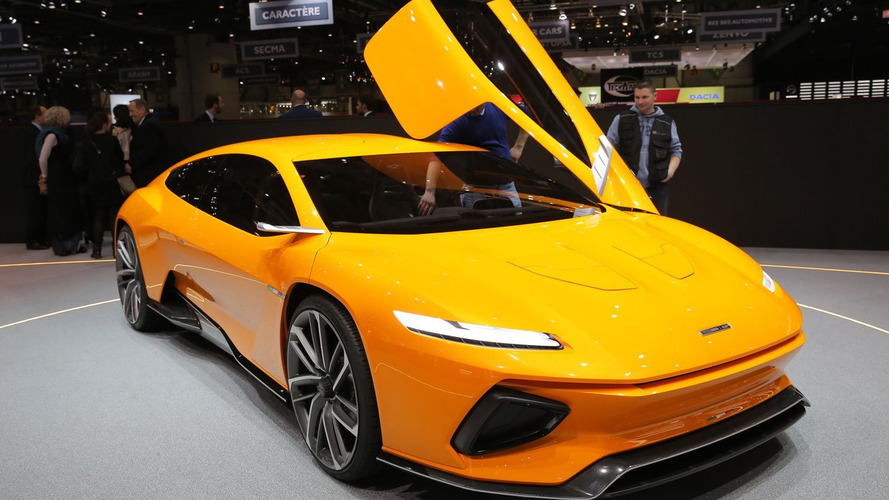 Italdesign has arrived in Geneva with its brand new GTZero, a conceptual shooting brake featuring an electric powertrain and a stylish design.

Italdesign has arrived in Geneva with its brand new GTZero, a conceptual shooting brake featuring an electric powertrain and a stylish design.

The GTZero is a perfect example of how a famous design house can perfectly blend styling cues of previous models and give them a modern twist to keep up with the times. Case in point, the sleek shooting brake has received active hood flaps in the same vein as the 1997 Alfa Romeo Scighera while the long hood itself and the pitched tail are a nod to the 1995 Daewoo Bucrane.

Moreover, the truncated rear end is a throwback to the 1968 Bizzarrini Manta and according to Italdesign the Ferrari GG50’s practicality also served as inspiration. It has received massive 22- front and 23-inch rear wheels featuring a two-tone, seven double-spoke design and shod in Pirelli P Zero Nero tires.

The end result is quite special as the GTZero has a unique design enhanced by the massive hexagonal rear window which opens to provide access to the trunk.

The interior takes the minimalist approach as it does not have any physical controls, except for the parking brake. All of the functions are accessed via the massive portrait-style OLED touchscreen. The driver gets all the relevant info from another digital screen consisting of four displays arranged at three different depths showing gear, speed, rpms, and navigation data. The cabin adopts a cocoon layout with hand-worked leather on the seats and dashboard combined with various satin aluminum and carbon accents.

As for technical specifications, the four-wheel-drive Italdesign GTZero uses a modular monocoque carbon frame and is powered by three electric motors. Two sit on the front axle while the third one is in the back and together provide a combined output of 483 horsepower (360 kilowatts.) The concept benefits from four-wheel steering and has an electronically-governed top speed of 155 miles (250 kilometers) per hour.

The onboard battery pack has enough energy for approximately 310 miles (500 km) and can be recharged to an 80% level in only half an hour.

Developed and built at Italdesign’s headquarters in Moncalieri, the GTZero concept debuts today in Geneva.