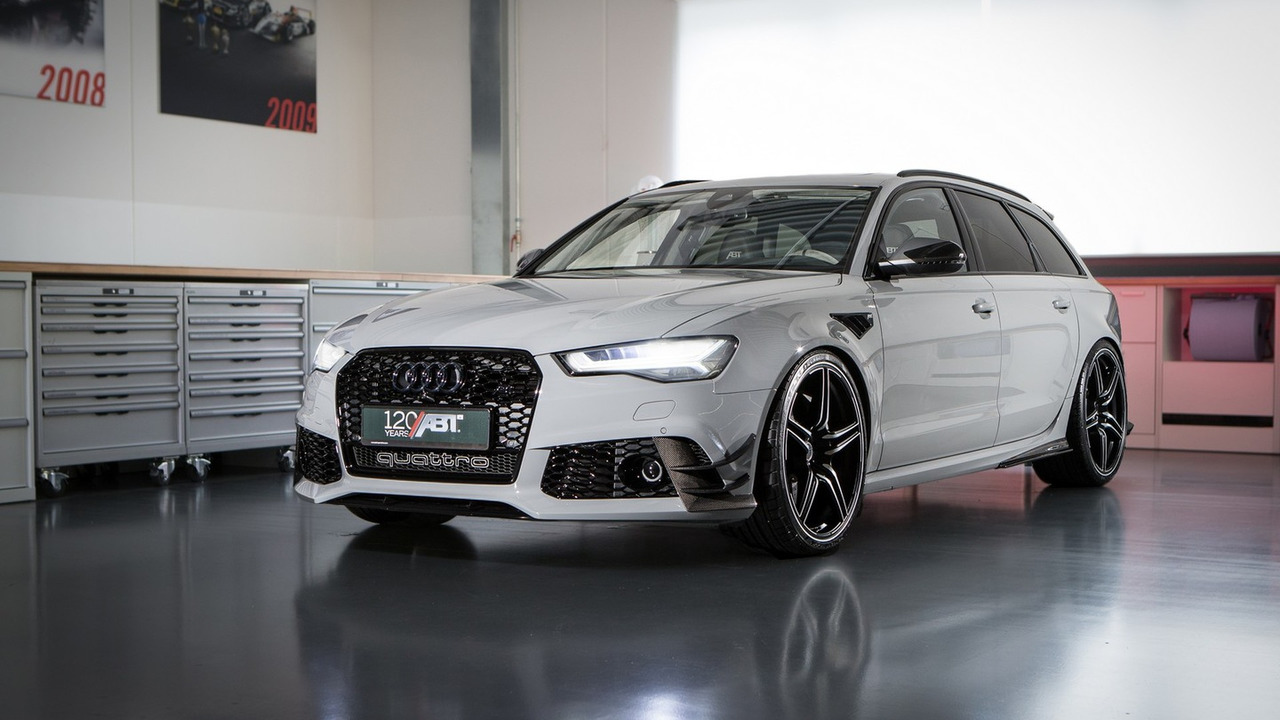 German tuner ABT has prepared a limited-run Audi RS6 Avant dedicated to the company’s 120th anniversary.

German tuner ABT has prepared a limited-run Audi RS6 Avant dedicated to the company’s 120th anniversary.

It was back in 1896 when Johann Abt opened a blacksmith’s shop in Kempten and now 120 years later ABT is marking the milestone with an Audi RS6 Avant upgraded in just about all areas. The highlight of the tuning kit is without any doubt the 175 horsepower (129 kilowatts) bump for the 4.0-liter TFSI V8 engine now pushing out a monstrous 730 hp (537 kW). Torque is also up by a massive 162 pound-feet (220 Nm) to no less than 679 lb-ft (920 Nm) delivered to a quattro all-wheel-drive system.

Once the ABT POWER S package is implemented, the Audi RS6 Avant will be capable of reaching a very respectable top speed of 199 miles (320 kilometers) per hour. This makes it quicker than the RS6 Avant performance which can “only” do 189.5 mph (305 kph.)

Work continued on the inside where the RS6 Avant has gained bi-color leather upholstery matching the exterior finish while the headliner and pillars are covered in Alcantara. The same material was also used to spice up the window frames, door panels, and the steering wheel. The dashboard is now adorned with a plaque denoting the model is limited to just 12 units while the floor mats and entrance lights show “120 years.”