How McLaren will double its output this year 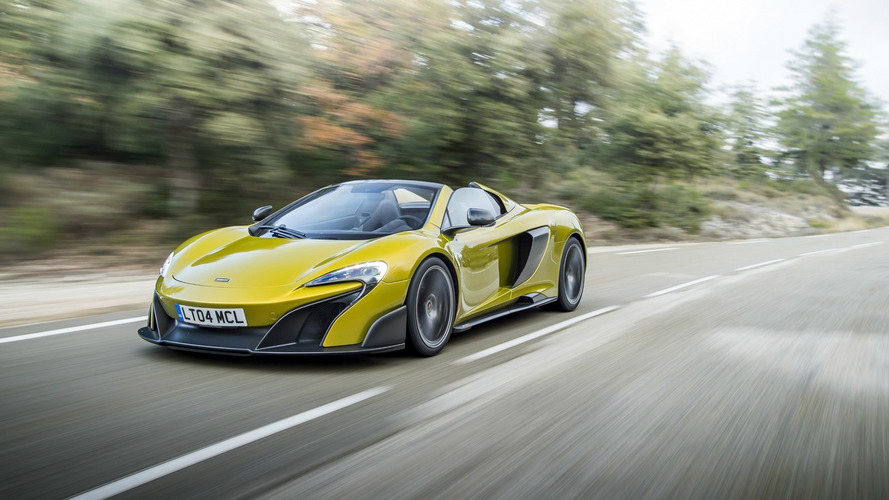 McLaren Automotive is aiming to almost double its output this year, to 3,000 cars, and hit 4,000 cars per year by 2017. That's over 50 percent of Ferrari's annual production, yet the current McLaren Automotive is only six years old, based about 40 miles southwest of London in Woking. In pursuance of its lofty plans, McLaren recently announced a massive expansion its operations and is hiring another 250 assembly staff for a second shift, which will bring its total headcount to 1,750.

Is it chutzpah, or rank stupidity? McLaren made just 1,654 cars last year, including the last of the 570-strong run of P1 supercars, which had an average transaction price of $1.35 million each, and all 40 or so track-only P1 GTRs, which sold for over $288 million. January saw the last P1 GTRs running down the track at Woking. And while these cars cannot have been cheap to design and build, it's not hard to see how profitable they will have been. Given that much of the research and development (R&D) will have been amortized in the years up to the 2013 launch of the P1, the profit level has soared in subsequent years.

Is it chutzpah, or rank stupidity? In its defense, McLaren says that as a late comer it is still growing in China, which Flewitt has said could well be McLaren's second largest market in 2016 after the US and ahead of the UK and Germany. He also says that the company's growth plans are based on actual orders rather than theoretical expectations, and that since it is (and has been) profitable at 1,500 cars per year, there is some protection against a downturn.

But the cars it has to sell this year are a far cry from the exotic and phantasmagorical P1 or the P1 GTR, which were only sold to existing P1 owners. The Sports Series, while being based on shared carbon-fiber tub and the same Ricardo-built 3.8-liter twin-turbo V8 engine and seven-speed twin-clutch transmission, is a much cheaper car. At its most expensive in the 570GT form which debuts at the Geneva Show next week, it costs just $198,950. Profit on these cars will be much lower per unit.

Privately McLaren executives admit it's going to be tough going, and the role of the Super Series in boosting the coffers is key. The 675LT, which was launched at last year's Geneva Show as a 500-strong limited edition has been a sellout, as has the 675LT Spider, which was launched last autumn and will be on the McLaren stand at this year's Geneva show. Without the recent hirings, McLaren says that its waiting list might have stretched to over a year and a significant proportion of customers tend to lose interest after waiting six months. There's also McLaren Special Operations, which aims to provide a revenue stream by indulging customers' every whim of trim and bespoke build specials. That should provide some throughput for the 80 dealers in 30 different markets, but simply building another limited run of specials isn't a money tap that can be turned on and off at will. As Lamborghini boss Stephan Winkelmann once told us, "I can sell any number of two-million-dollar specials, but it's a lot more difficult selling standard Gallardos."

McLaren says it isn't planning other models and certainly not an SUV (though a shooting brake might be a possibility) and it needs to be very careful that customers don't get the idea it's merely selling different and more expensive versions of the same car. What's more, there are some searingly good rivals in the Sports Series arena including Porsche's 911 Turbo and Audi's R8, but also this year's Aston Martin's DB11 and Bentley's upcoming production version of the Speed 6. None of these companies will allow McLaren to waltz in and take their customers without a fight. It's going to be an interesting couple of years in the supercar industry.