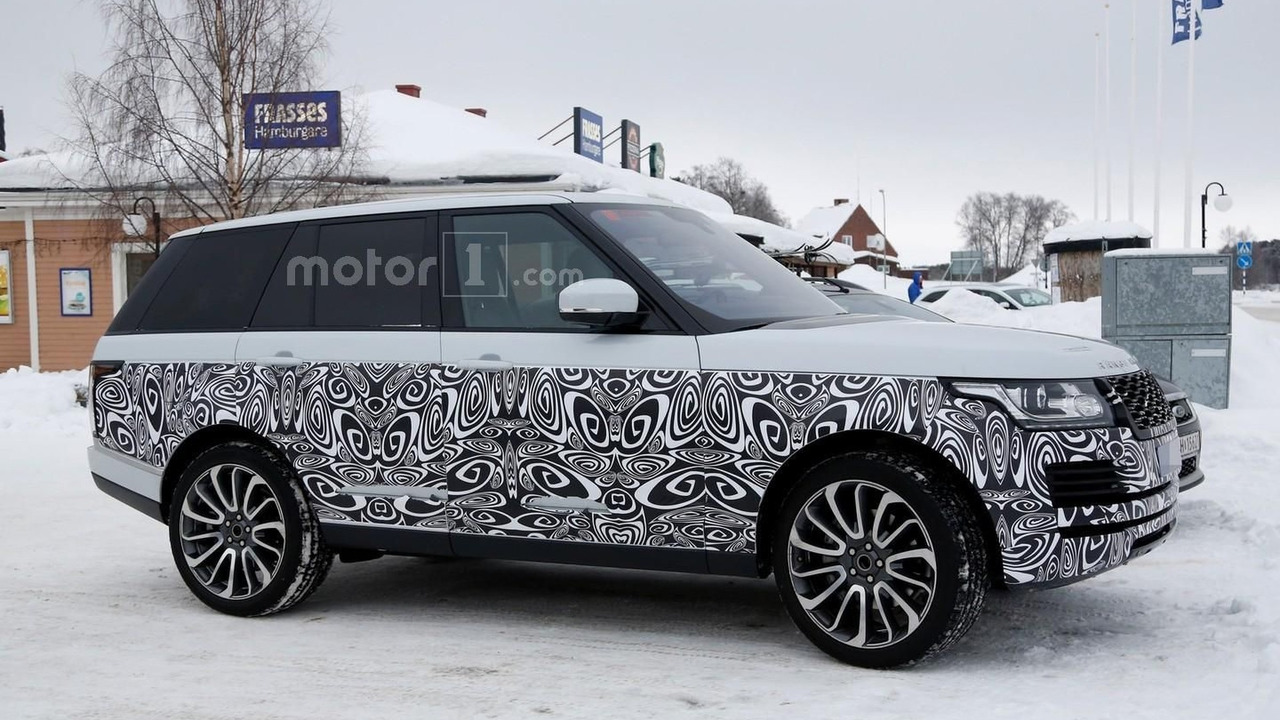 A partially camouflaged prototype of the 2017 Range Rover facelift was spotted while undergoing winter testing ahead of an expect reveal by the end of this year.

A partially camouflaged prototype of the 2017 Range Rover facelift was spotted while undergoing winter testing ahead of an expected reveal by the end of this year.

The fourth generation of Land Rover’s luxobarge has been around since the fall of 2012, so it should not come as a big surprise the premium SUV is about to receive a mid-cycle update.

The biggest changes noticeable so far are at the front where the grille eschews the three-bar look in favor of a honeycomb configuration. The bumper also appears to be a tad different and hosts revised side air intakes while the fog lights are gone.

Looking at the car’s side profile, the front doors don’t seem to have those vertical blades anymore. This probably means Land Rover’s designers have decided to remove them altogether. Moving towards the rear, there aren’t any changes so far, but that could change in the near future when more evolved prototypes will start testing procedures.

It’s still too early to say whether there will be any sort of engine changes. That being said, the supercharged 3.0-liter V6 could be bumped from the current 340 horsepower to 380 hp as seen in the Jaguar F-Pace S.

Land Rover could decide to bring the facelifted 2017 Range Rover to the Paris Motor Show scheduled for October and kick off sales shortly thereafter.