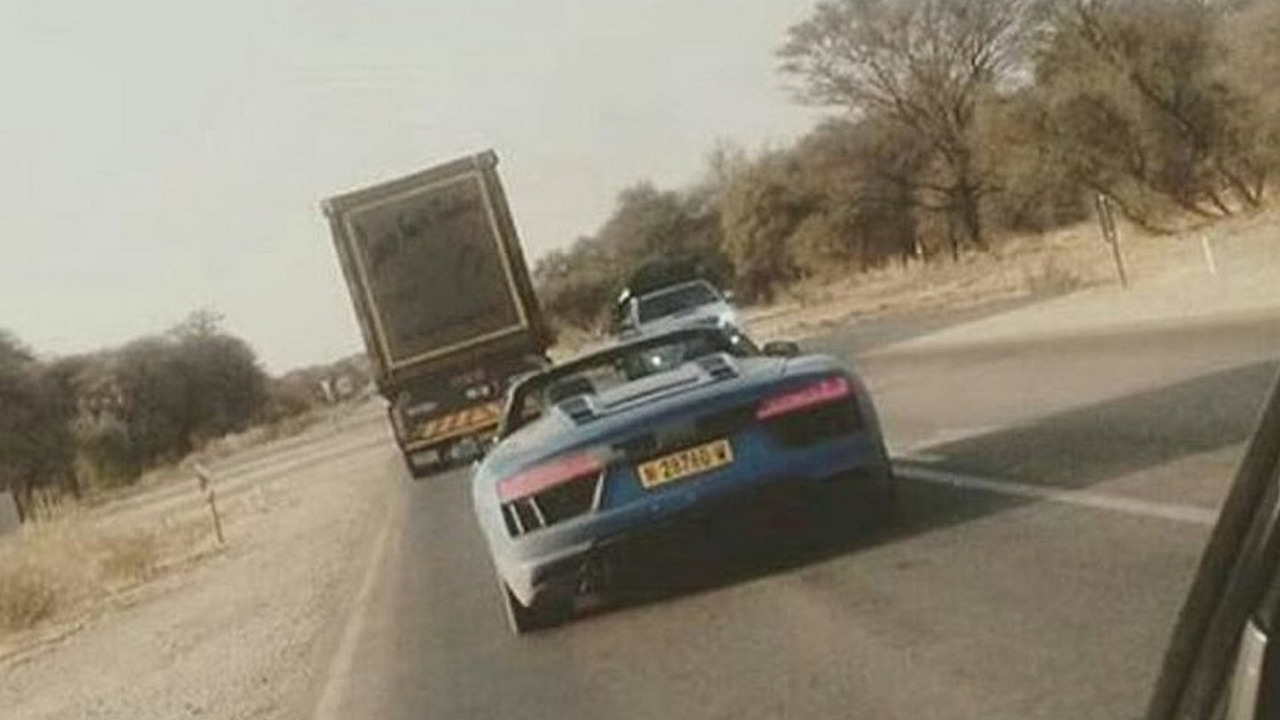 A near-production prototype of the 2017 Audi R8 Spyder has been caught on camera undergoing final testing on the roads of Namibia.

A near-production prototype of the 2017 Audi R8 Spyder has been caught on camera undergoing final testing on the roads of Namibia.

Audi doesn’t even bother anymore to disguise its R8 Spyder prototypes which means an official reveal will occur in the near future. This makes sense taking into account the leaked roadmap indicates the model will be launched in United States next year, so Europe will likely get it in the second half of 2016. There’s nothing really spectacular about these spy shots as we all know how the open-top supercar will look like.

The biggest changes are noticeable at the back where we find a ventilated engine cover and a more upright window. Audi’s engineers have also made some reinforcements to the body structure and these changes will likely increase weight compared to the R8 Coupe. That won’t matter a lot for a potential buyer taking into account the R8 Spyder will pack a naturally-aspirated 5.2-liter V10 engine with 610 horsepower in the range-topping “Plus” guise.

That roadmap we mentioned above also indicated the R8 Coupe will also receive a V6 motor and chances are the Spyder will get it as well in the years to come.

Look for an official reveal of the R8 Spyder in the following months, with European sales to commence in the summer. The open-top thrills will surely command a premium over the fixed roof R8 which in United States begins at $162,900.