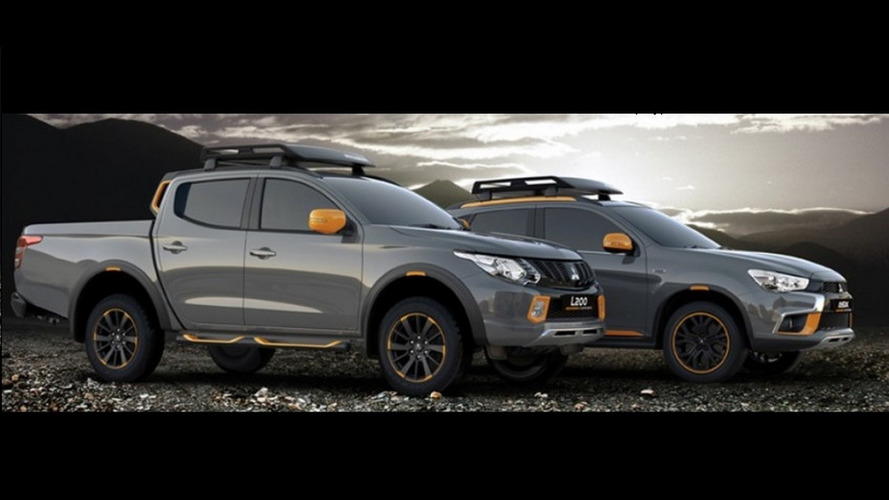 After a teaser published at the beginning of the month, Mitsubishi has revealed the L200 and ASX GEOSEEK concepts featuring a plethora of accessories.

After a teaser published at the beginning of the month, Mitsubishi has revealed the L200 and ASX GEOSEEK concepts featuring a plethora of accessories.

The two concepts are targeting outdoorsy people and come with several enhancements to make the vehicles look more rugged. Both share a solid pearl grey body combined with an orange finish for the fog lamp bezels, rims, fender lips, tailgate spoiler, rear bumper, mirror caps, and also for the side garnish.

There’s a mesh inner front grille along with a skid plate and a roof rack capable of holding camping gear or bicycles. The L200 (also known as Triton in some markets) GEOSEEK has received a set of working lights and hand holds fitted to the roof rails whereas the ASX crossover benefits from LED fog lights.

Although images of the interiors are not available, Mitsubishi fitted the cabins of both concepts with a mostly black trim with orange accents as a way to mimic the exterior finish. The seats are wrapped in a suede-like fabric featuring a low-slip surface on the side bolsters and a mesh fabric for the center panels to improve ventilation.

The Mitsubishi L200 and ASX GEOSEEK concepts will be shown in the metal starting a week from today in Geneva alongside the eX concept which will make its European debut.