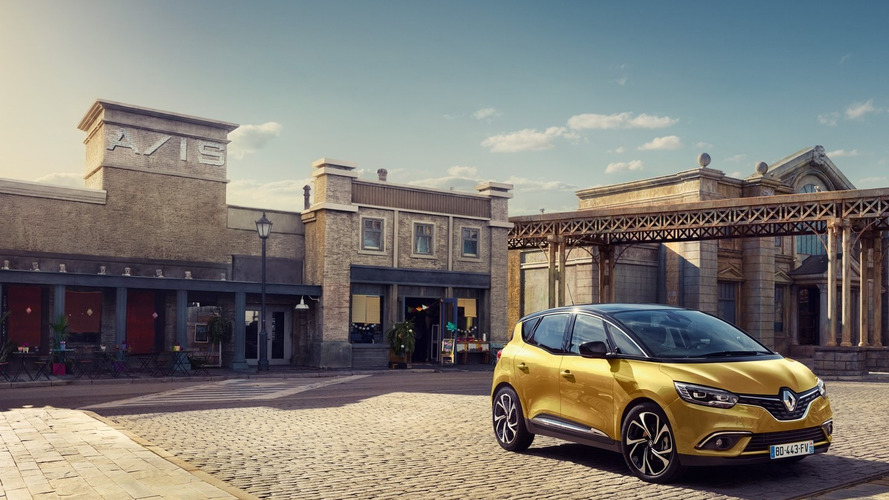 Following yesterday’s leak, the 2016 Renault Scenic is now making its official online appearance and will be on display in Geneva starting March 1.

Following yesterday’s leak, the 2016 Renault Scenic is now making its official online appearance and will be on display in Geneva starting March 1.

The all-new Scenic is solid proof MPVs don’t necessarily have to be boring as Renault’s latest design language really works out quite nicely on the people carrier. It’s easy to notice that many of the design cues are derived from the Captur and this range-topping version features C-shaped full LED headlights making the fourth-gen model look smart.

It will ride on the CMF-C platform and will borrow the engine lineup from the all-new Megane. On the gasoline side there’s going to be a turbocharged four-cylinder 1.2-liter while the diesel range will encompass the familiar 1.5- and 1.6-liter dCi units. Chances are that later in the Scenic’s life cycle there will be a hybrid diesel derivative offering superior fuel economy.

It's not known at this point whether all-wheel steering will be available like on the bigger Espace, as well as on the new Megane GT and Talisman.

While photos of the interior are not available at this point, it’s safe to say the dashboard will look a lot like the Megane’s. The range-topping variant will get Renault’s latest R-Link 2 infotainment system with a portrait-style 8.7-inch touchscreen display. Being an MPV, we expect a great deal of flexibility in terms of seating and also numerous stowage spaces spread throughout the cabin.

We will have all the details on March 1 when the 2016 Renault Scenic will bow in Geneva.