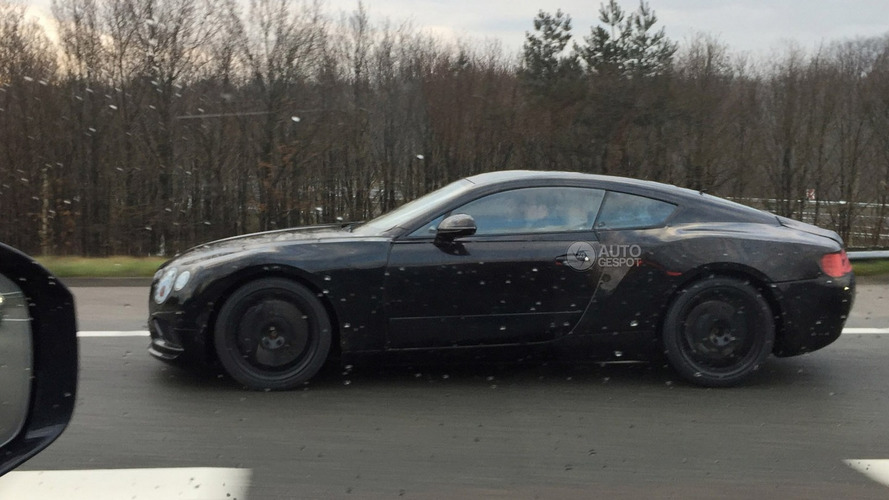 The last time we saw the new Continental was in November last year when a weird prototype was spotted with a modified Porsche Panamera body. Now, we get a better look at the model as this time around it has its own body which appears to be sleeker compared to the outgoing Continental. As a matter of fact, at first we were tempted to say it’s a prototype of the EXP 10 Speed 6 concept, but that one will be smaller.

In addition, we checked the prototype’s license plate and discovered it has the biturbo W12 6.0-liter engine which most likely won’t be available on the lighter and more nimble sports car. Bentley said the latter is due after the introduction of a sub-Bentayga SUV, so it won’t be released in the foreseeable future.

Getting back to the prototype at hand, the 12-cylinder engine is probably the new version which debuted in the Bentayga where it offers a massive 600 horsepower (447 kilowatts) and 664 pound-feet (900 newton meters) of torque. The power bump will be corroborated with a significant weight loss as a result of making the switch to the MSB platform shared with the next-gen Porsche Panamera.

In terms of design, the prototype seen here does indeed have the production body, but if you look closely you will notice that some of the body parts remain hidden under fake black panels to hide the design. It will probably take cues from the EXP 10 Speed 6 concept and this should translate into a more dynamic appearance.

Look for an official reveal of the next-gen Bentley Continental GT to occur next year.