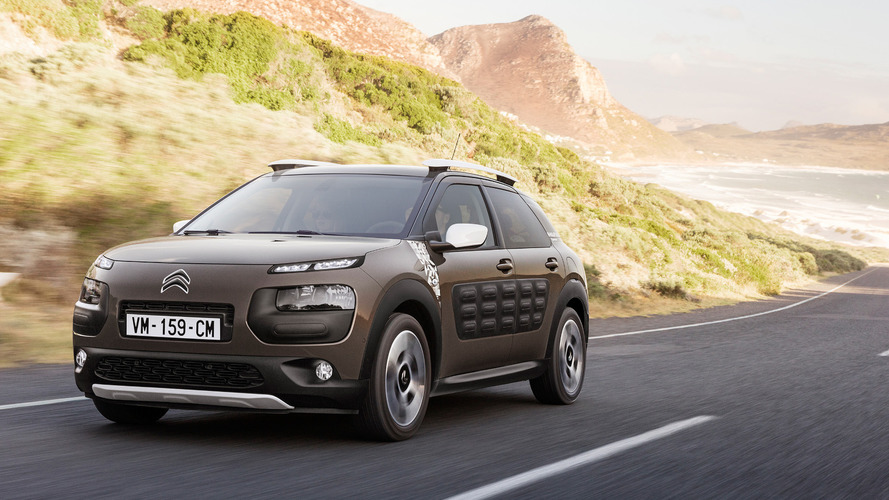 On sale in the first half of the year.

Citroen will be using the Geneva Motor Show to introduce the C4 Cactus Rip Curl Edition.

Five different colors will be available at launch including Aden Red, Aluminum Grey, Mother-of-Pearl White, Obsidian Black, and Olive Brown.  They will eventually be joined by an exclusive Baltic Blue option later this year.

Interior changes are limited but the special edition has Mica Grey fabric seats, Pulp Orange accents, and Rip Curl branded floor mats.  Customers will also find an infotainment system and a special glove-box lid with straps and spikes.  Since the model is based on the C4 Cactus Shine, it also comes nicely equipped with an automatic climate control system, a six-speaker audio system, GPS navigation, and a panoramic glass roof - among other things.

Under the hood, two different engines will be available including the PureTech 110 S&S and the BlueHDi 100.  Both will be connected exclusively to a manual transmission.

Regardless of which engine is selected, the model comes standard with a Grip Control system that has five different modes: Standard, Sand, Off-Road, Snow, and ESP Off.

The Citroën C4 Cactus Rip Curl Edition will go on sale in the first half of the year and pricing will be announced closer to launch.