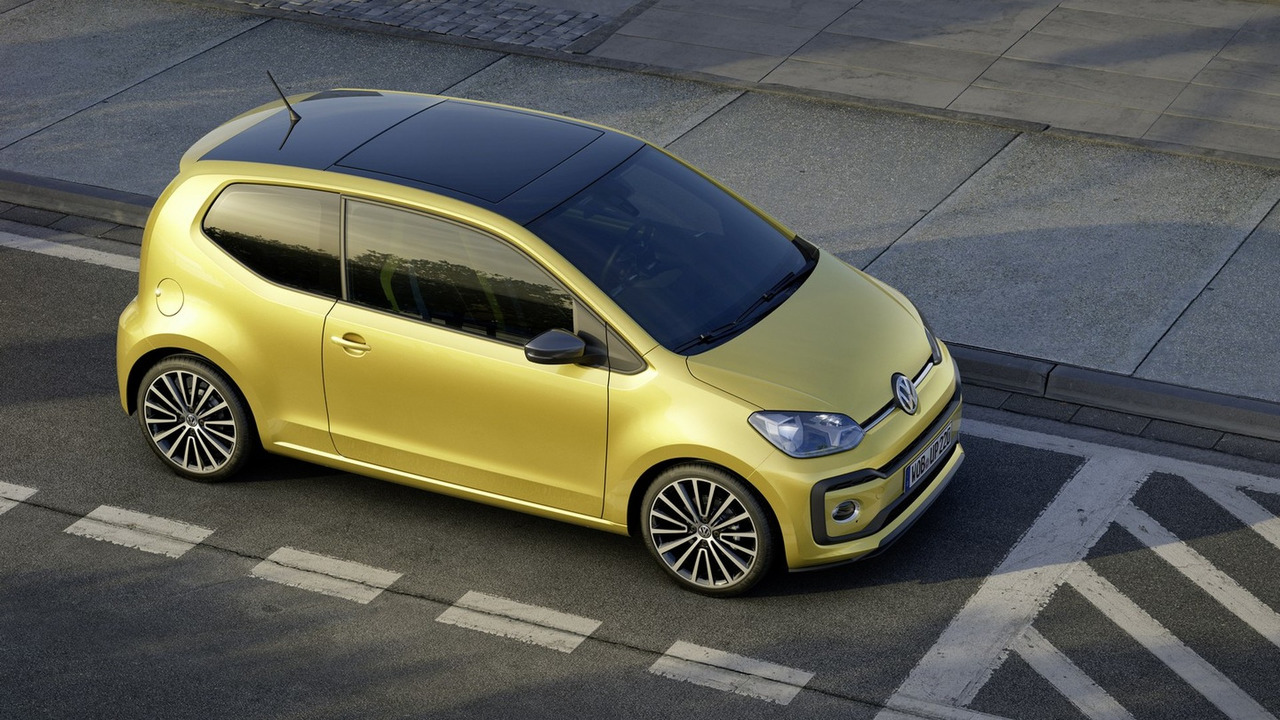 Volkswagen has prepared a facelift for the up! city car which is now heading to the Geneva Motor Show that kicks off March 1.

Volkswagen has prepared a facelift for the up! city car which is now heading to the Geneva Motor Show that kicks off March 1.

Joining an SUV concept in Geneva, VW’s smallest car is getting a series of visual, mechanical, and technological updates to stay fresh in the A segment.

In terms of visual tweaks, the up! gains revised front and rear bumpers along with modified headlights boasting LED daytime running lights. VW’s styling department also worked on the side mirror caps that come with built-in turn signals while at the back there’s a new diffuser and modified taillights. Customers will be able to select from a wide variety of customization options, including 13 body paints, nine decals, three roof colors, design and color packs, colored wheels, and even ambient lighting.

The biggest change inside the cabin is the implementation of two new infotainment systems, a 3.1-inch monochrome display, and a five-inch color setup. The latter benefits from smartphone integration and can be teamed up to a rearview camera and also has DAB+ digital radio functionality.

Another novelty is the 300-watt Beats Audio system with seven speakers: two tweeters in the A pillars, two woofers in the front doors, two broadband loudspeakers in the back, and a subwoofer in the spare wheel well.

There’s also a Pure Air Climatronic automatic air conditioning system available for the first time on the up! to keep the cabin fresh and clean.

The VW up! will be on display in Geneva starting March 1. Sister models Skoda Citigo and Seat Mii will likely receive a similar array of updates later this year.