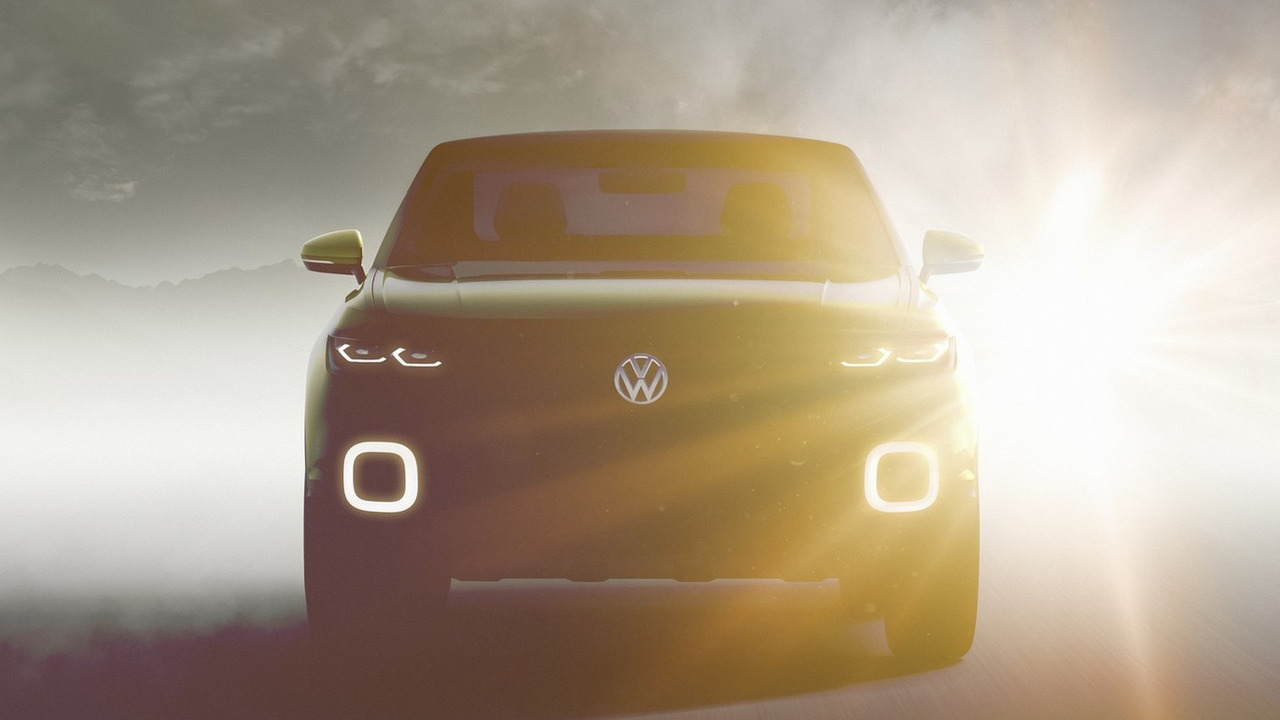 Through this teaser Volkswagen is announcing the introduction of a brand new concept for a small SUV next week at the Geneva Motor Show.

Through this teaser Volkswagen is announcing the introduction of a brand new concept for a small SUV next week at the Geneva Motor Show.

The front fascia indicates the concept is not that far from being transformed into a production model and we notice it has sleek LED headlights and square LED daytime running lights. The yellow body paint is combined with plastic cladding on the lower portion of the bumper and wheel arches. It also has front aluminum underbody protection to make it look more rugged and rides on funky two-tone alloy wheels.

Although photos of the interior have not been released, VW says the concept’s cabin has a lot in common with the BUDD-e concept. It means there aren’t a lot of physical buttons and knobs as the layout will be simple, yet very functional thanks to touchscreens providing access to just about all controls.

The concept is more than just for show as VW says it will eventually evolve into a “trendy, affordable SUV” production model and will be a part of an upcoming SUV offensive. The name of the concept has not been disclosed, but there was a rumor at the end of January indicating it will be called “T-Cross.”

It is believed the concept is based on an adaptation of the MQB platform that will also underpin the next-gen Polo. The production model will allegedly hit the market in 2018 and will slot underneath the Tiguan.