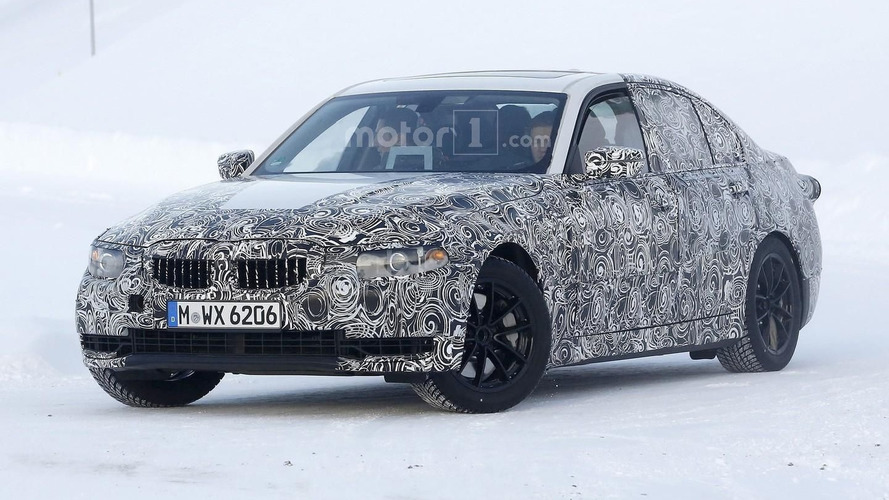 An early prototype of the 2018 BMW 3 Series Sedan (G20) was spotted recently in Scandinavia by our spies.

An early prototype of the 2018 BMW 3 Series Sedan (G20) was spotted recently in Scandinavia by our spies.

R&D work never stops which is why BMW is already hard at work preparing the next generation of the 3 Series, even though the current F30 model was facelifted less than a year ago.

It would be futile to talk about this prototype’s design since it has many of the body panels of the existing model combined with a few temporary bits. The dual exhaust tips make us believe it’s a 340i model, but we can’t really be sure when dealing with prototypes.

The G20 generation will be vastly different from a technical point of view as the all-new 3 Series will use an adaptation of BMW’s CLAR platform that was inaugurated last year with the 7 Series. It should bring a significant weight loss even though the car will likely be a tad bigger than the current 3 as a way to distance itself from the upcoming 1 Series Sedan.

We expect the next-generation BMW 3 Series Sedan to arrive in the second half of 2017, possibly in September at the Frankfurt Motor Show. It should go on sale before the year’s end as a 2018MY and followed several months later by the Touring (wagon).