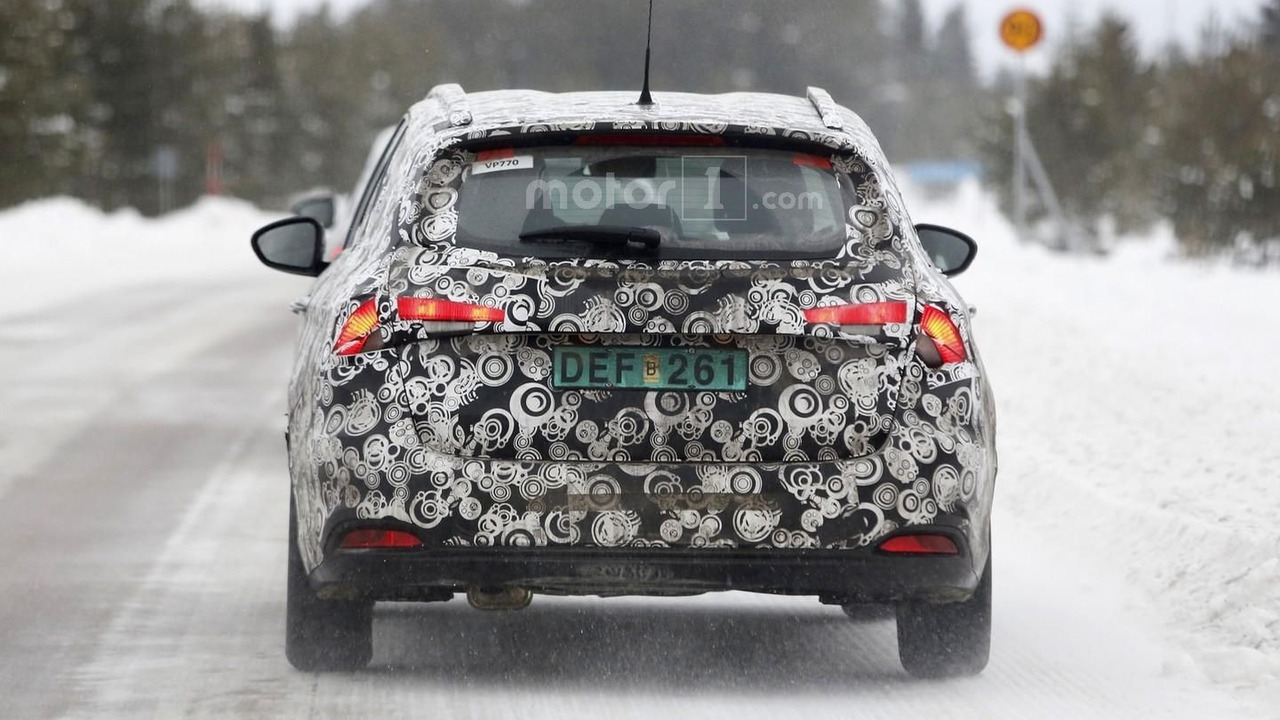 The Fiat Tipo estate is continuing its slow march to production and in this newest batch of spy shots we take a look at its taillights.

The Fiat Tipo estate is continuing its slow march to production and in this newest batch of spy shots we take a look at its taillights.

Fiat discontinued the Stilo Multiwagon many years ago, but thankfully a direct replacement is almost ready to hit the market. Seen here is a near-production prototype of the Tipo estate revealing its taillights for the first time. The rear lighting clusters are substantially different than the ones found on the sedan and have actually more in common with the hatchback’s taillights. The five-door hatch will be the first to see the light of production day and will be followed shortly by this estate.

The Tipo Sedan is proving affordable cars can be attractive and we expect the same thing from the upcoming two body styles. The most practical of the three will obviously be the estate that will likely have a cargo capacity of at least 19.4 cubic feet (550 liters) since the sedan offers 18.3 cu. ft. (520 liters) with the rear seats up.

The engine lineup is known already as Fiat will sell Tipo estate with naturally-aspirated 1.4- and 1.6-liter gasoline units and turbodiesel 1.3- and 1.6-liter MultiJet II motors. These will work with five- and six-speed manual gearbox along with a six-speed automatic, depending on selected engine.

As far as the interior, it will be essentially carried over from the sedan which means there’s going to be an optional five-inch Uconnect infotainment system with TomTom navigation and a rearview camera. It will also have support for Bluetooth, iPod, and AUX connectivity and just like the sedan it will have great rear legroom for this segment.

We could see the Tipo hatchback at the Geneva Motor Show in less than two weeks and then later in the spring or early summer the estate should be out as well. These two additional body styles will be built in Bursa, Turkey where the sedan is currently being assembled.