Hyundai IONIQ Electric first pic and specs are out 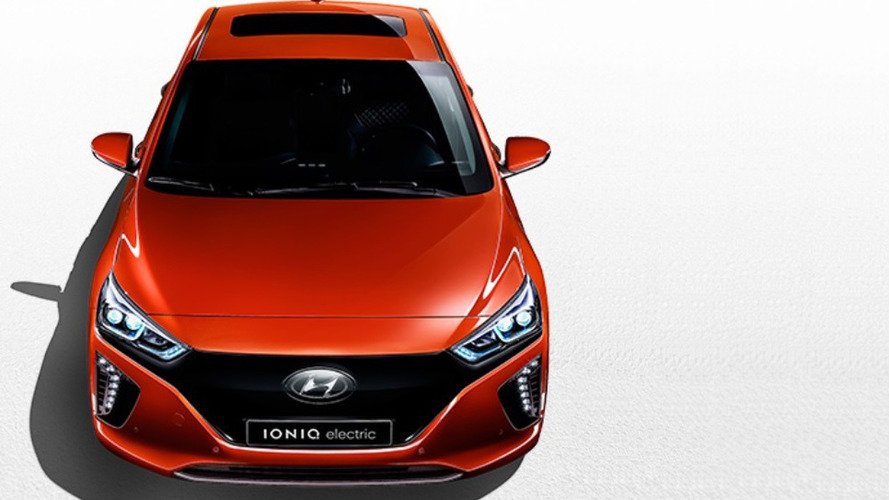 Hyundai has released the first official pic of the IONIQ Electric along with preliminary technical details.

Hyundai has released the first official pic of the IONIQ Electric along with preliminary technical details.

Earlier this year Hyundai revealed the IONIQ Hybrid that combines a 1.6 GDI petrol engine with an electric motor and now we have the first details regarding the EV version of the model. The South Korean manufacturer will start taking orders for the vehicle in Europe from the summer of this year with US sales kicking off in August.

The IONIQ Electric will come equipped with a 28-kWh battery manufactured by LG which is positioned under the back seats. It will provide a range of 105 miles (169 kilometers) on a single charge, according to official information under the South Korean test cycle. Equipped with an electric motor with 117 horsepower (88 kW), the vehicle can accelerate up to 93 miles per hour (150 kilometers per hour).

Prices for the model in South Korea start at 40M won ($32,400) for the base variant. The IONIQ Electric will be offered in three trim levels with the premium Q version wearing a price tag of 43M won ($34,800). Standard equipment includes LED headlights, chrome door handles, 16-inch wheels, and a 6-speaker audio system.

Hyundai aims to sell at least 4,000 units of the EV this year.