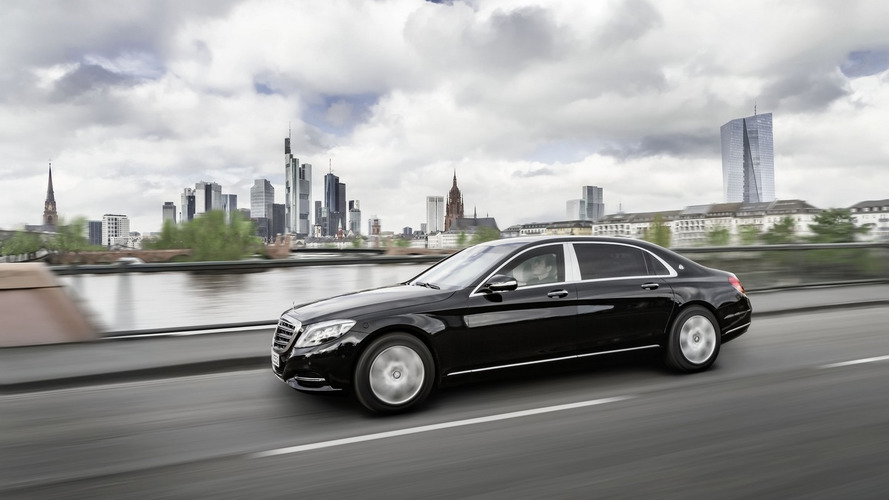 Mercedes-Maybach is introducing the S600 Guard which is the first passenger car to offer a VR10 ballistic protection level.

Mercedes-Maybach is introducing the S600 Guard which is the first passenger car to offer a VR10 ballistic protection level.

It may look like a regular S600 in Maybach guise, but hiding underneath the familiar skin is a significantly modified car as the stretched fullsize sedan is actually world’s first VR10-certified car. This makes it the safest passenger car in the world and its body and windows can withstand hardened steel core bullets coming from an assault rifle.

To achieve such a high level of protection, the Mercedes-Maybach S600 Guard features special aramid and PE components along with polycarbonate coating for the windows to provide splinter protection. Despite being laminated, the windows continue to provide great visual characteristics and also offer protection against explosive devices.

If an explosion occurs at the side of the car, Mercedes mentions the armoring protects the people inside the cabin as effectively as it does in an assault with explosives beneath the car. It’s possible thanks to a newly developed underbody armoring which covers the entire surface underneath the occupant compartment. To further boost protection, the vehicle’s construction benefits from intelligent overlapping systems at certain critical points, like the material transitions and interstices.

It should be mentioned that besides VR10 certification granted by the Ballistics Authority in Ulm, the vehicle also has an ERV 2010 rating (Explosive Resistant Vehicles).