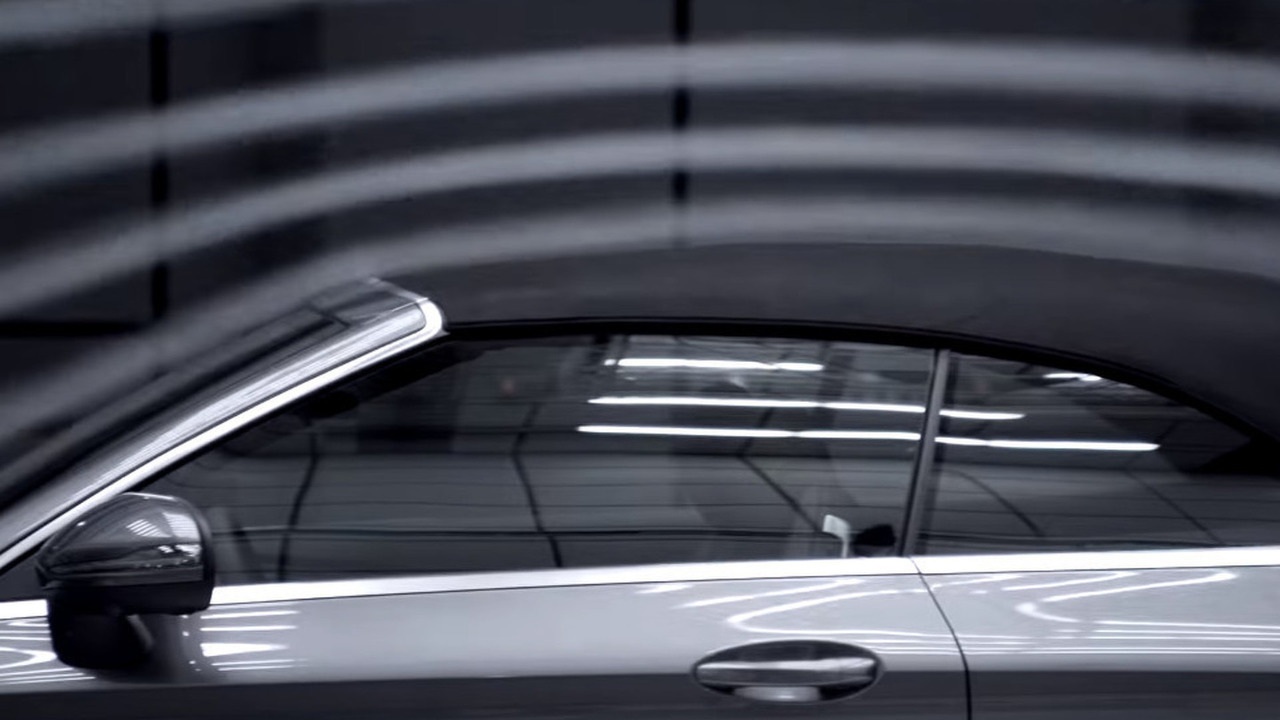 Mercedes-Benz has published yet another teaser for the upcoming C Class Cabriolet that will be showcased during the 2016 Geneva Motor Show.

Mercedes-Benz has published yet another teaser for the upcoming C Class Cabriolet that will be showcased during the 2016 Geneva Motor Show.

This time coming in the form of a short video, the teaser highlights the AIRCAP automatic wind protection system. The clip also shows the front end of the vehicle which, unsurprisingly, looks identical as the C Class Coupe. As you may already know, the German company has decided to use a fabric roof instead of a retractable hard top, searching for a vintage look.

Being based on the C Class Coupe, the Convertible will naturally benefit from the same engine lineup, including a warm C43 version with a 362-horsepower 3.0 V6 and a flagship C63 variant, powered by a 4.0-liter V8 biturbo with 503 hp.

In terms of design, don’t expect any major changes over the coupe version, which means the convertible will feature the same radiator grille and sweptback headlights, combined with a short front overhang and a sporty side profile. As for the interior, it will closely echo the hard top model, but will come with four individual seats and the AIRSCARF neck-level heating system.

Mercedes will reveal the model online on February 28 and shortly after it will take the central position at the company’s stand in Geneva.