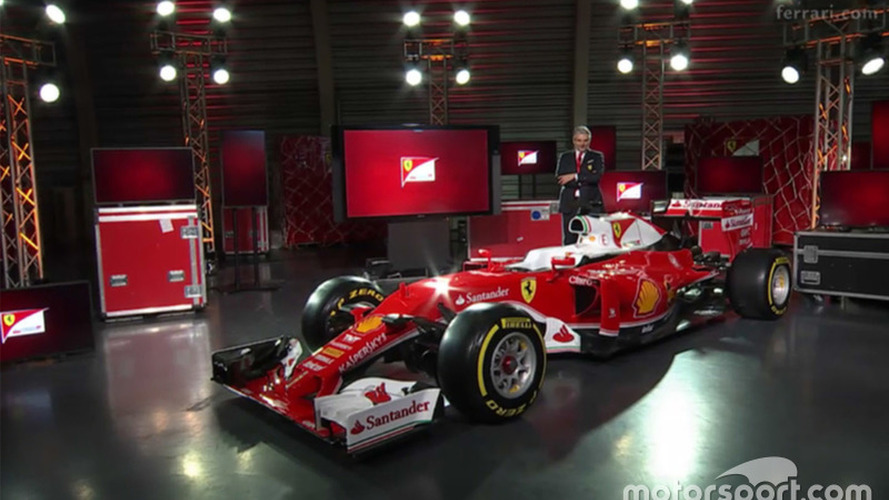 Ferrari has presented the Formula 1 car with which it hopes to take the fight to Mercedes during the 2016 season.

Ferrari has presented the Formula 1 car with which it hopes to take the fight to Mercedes during the 2016 season.

The SF16-H, as the new single-seater will be called, sports a different livery, as speculated in the past weeks, with white paint appearing on the engine cover, the front wing and in front of the cockpit.

The car incorporates a push-rod front suspension as well as a short nose, already used by some of Ferrari's rivals last year.

Ferrari is believed to have made significant changes to the engine that will power the car this year in the hope of catching Mercedes after a promising 2015 season.

The Maranello squad finished second behind the German squad in the standings, bouncing back from a disastrous 2014.

Sebastian Vettel won three races for the team on his way to third in the standings. The German will be partnered by Kimi Raikkonen once more.

The car is expected to take to the track on Sunday for a filming day at Barcelona before testing kicks off on Monday at the Spanish circuit.