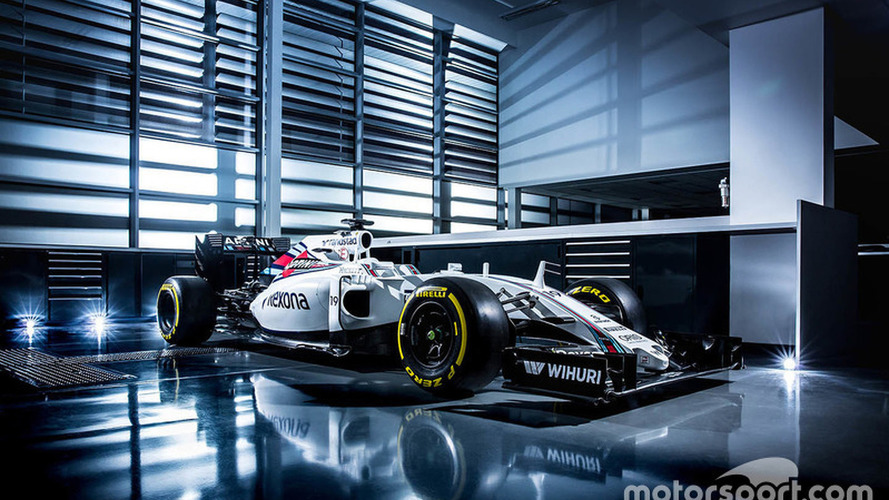 Williams has become the first Formula 1 team to reveal images of its 2016 car.

Williams has become the first Formula 1 team to reveal images of its 2016 car.

The Grove-based squad, which finished in third place in the constructors' standings last year, had hinted at the end of 2015 that its new FW38 would be "'significantly" different.

The car, however, features the same red, white and blue stripes sported over the past years and the very short nose introduced last season.

The sidepods and the air intakes have changed significantly compared to last year's model, and the two photos released suggest the rear is different too.

"Williams has started to cement our position back amongst the front running teams after finishing third in the championship in the past two seasons," said team boss Frank Williams.

"This has been a great achievement given the resources of those around us. Staying where we are will be a challenge in itself, but we are determined to keep improving because only winning will ever be good enough.

"We have a very stable team going into 2016, with Felipe and Valtteri teaming up for a third successive season. They work well together and both have the ideal blend of speed and consistency.

"Our technical team has also remained very consistent which will be to our advantage and we have some of the best engineering minds on the grid at our disposal."

Williams retains an unchanged line-up for the third year in a row, with Felipe Massa partnering Valtteri Bottas.

"Securing third in the Constructors' Championship for two consecutive years is a great achievement and one that comes with a lot of expectation - a momentum which I am excited to build on going into the new season," said Massa.

"The team at the factory have worked really hard on the new car and we have spent a lot of time understanding where we need to improve. I have a lot of confidence in the team at Williams and I'm looking forward to getting behind the wheel of the FW38 to see how it performs.

"I'm equally delighted to be teammates with Valtteri for another year. He is a very talented driver who brings a lot to the team."

The Mercedes-powered FW38 will take to the track when testing kicks off at Barcelona on Monday.

The Finn will be in charge of driving the car in its debut outing.