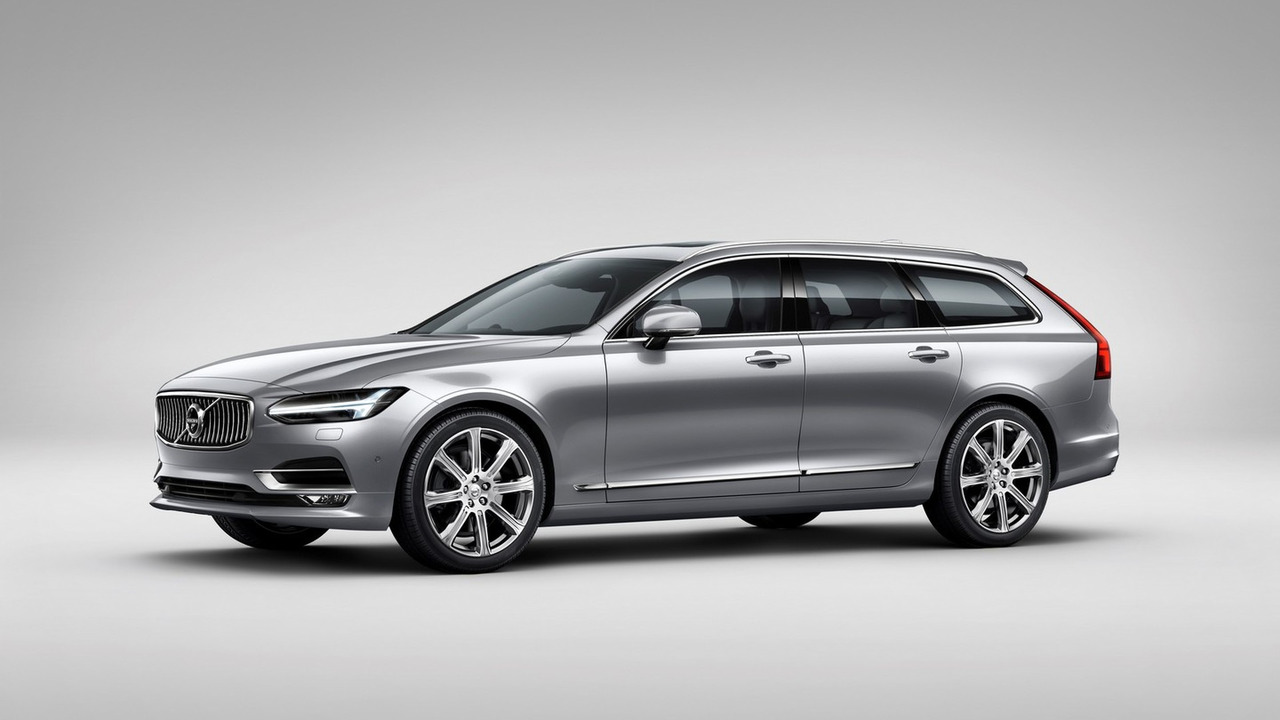 After that massive leak from a week ago, Volvo has officially taken the wraps off the V90 which is programmed for a proper introducing in Geneva on March 1.

After that massive leak from a week ago, Volvo has officially taken the wraps off the V90 which is programmed for a proper introducing in Geneva on March 1.

It might not be as beautiful as the 2014 Concept Estate, but the brand new V90 has what it takes to become one of the most appealing models in its segment. Volvo describes its new model as a step forward in terms of design, materials and finish, while keeping the practicality that you would expect on this type of body style. Speaking of which, the Swedes are quoting a luggage volume (including under floor storage) of 58.8 cubic feet (1,526 liters) with the rear seats down.

Its Volvo’s third model to ride on the Scalable Product Architecture (SPA) after the XC90 and S90, so just like the other two it will be available exclusively with four-cylinder engines. The cream of the crop will be a T8 Twin Engine hybrid version mixing a turbocharged, supercharged 2.0-liter with an electric motor generating a combined 407 horsepower (299 kilowatts) and 472 pound-feet (640 newton meters) of torque.

Those who would rather have something more powerful will have to wait for a higher performance derivative prepared by Polestar which will have a stronger hybrid setup.

The Volvo V90 midsize premium estate will receive its first public outing on March 1 when the Geneva Motor Show will open its doors to the press. We should remind you the S90 Sedan and V90 Estate will be followed by the end of the decade by a sleek S90 Coupe.