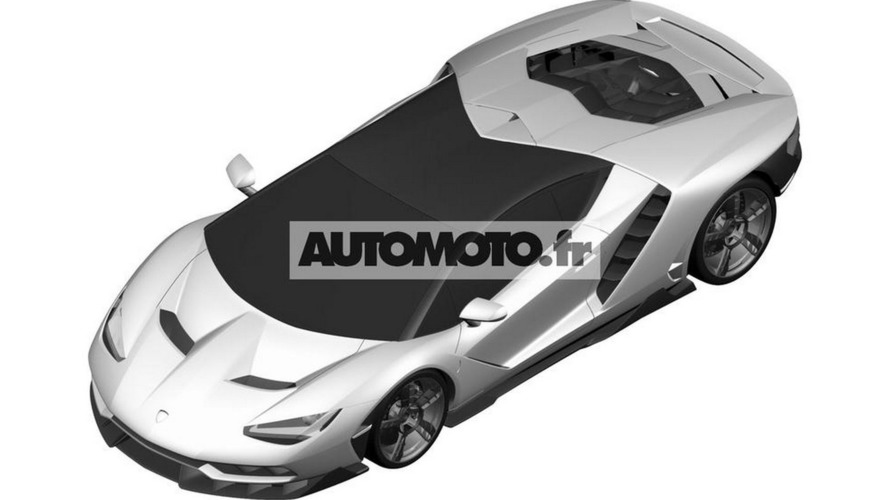 French media has managed to acquire what appear to be official patent designs of the Lamborghini Centenario LP 770-4 due to show up in Geneva early next month.

French media has managed to acquire what appears to be official patent designs of the Lamborghini Centenario LP 770-4 due to show up in Geneva early next month.

It might not be as crazy as the Veneno, but Lamborghini’s ultra-exclusive model is still very much a sight to behold and it probably looks utterly impressive in the metal. The company from Sant’Agata Bolognese calls this its “definition of a hyper car” and from what we’re seeing so far it oozes performance. We do notice the very long front and rear overhangs and how the roofline is heavily sloped at the back which kind of reminds us of the Maserati MC12.

Based on the Aventador, the Centenario is Lamborghini’s way of celebrating 100 years since the birth of the company’s founder Ferruccio Elio Arturo Lamborghini. As the name of the car implies, it has 770 PS (759 horsepower) coming from the naturally-aspirated 6.5-liter V12 engine linked to an all-wheel-drive system and a seven-speed ISR transmission.

Lamborghini has plans to build 20 coupes and 20 roadsters that have already been sold at $2.38M a pop. We don’t know if this rumored price refers to the coupe and/or the roadster. We’ll find out in about two weeks from now as the Centenario is set to be unveiled on March 1 in Geneva.