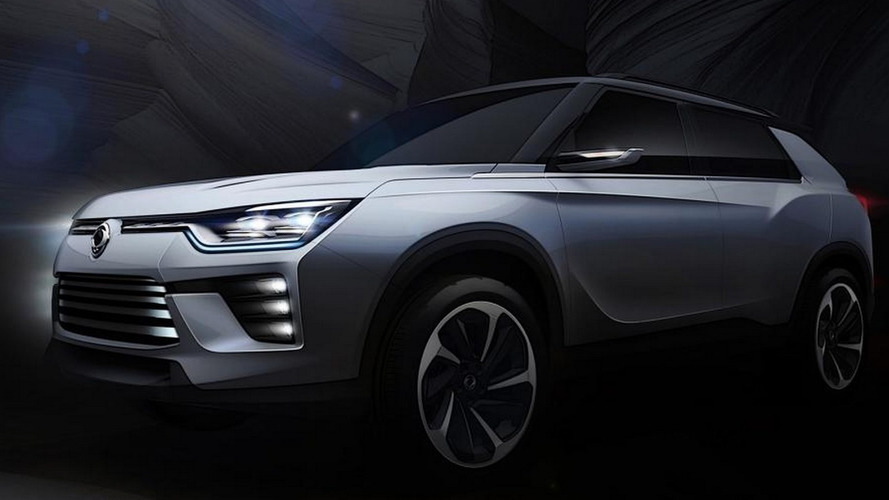 SsangYong is heading to next month’s Geneva Motor Show with the SIV-2 concept set to preview an upcoming production SUV larger than the Tivoli.

SsangYong is heading to next month’s Geneva Motor Show with the SIV-2 concept set to preview an upcoming production SUV larger than the Tivoli.

The concept is not entirely new since it’s essentially an evolution of the SIV-1 that debuted almost three years ago in Geneva. The production version is expected to be roughly the same size as the Nissan Qashqai and will be offered with a five-seat interior cabin. It will employ the concept’s “Robust, Speciality, Premium” design language and is set to become a key model in SsangYong’s range.

Being a concept, it shouldn’t come as a surprise the SIV-2 is alternatively-powered by using a turbocharged 1.5-liter gasoline engine teamed up with an electric motor and a lithium-ion battery pack. According to the automaker, the high-riding model’s 48V mild-hybrid arrangement grants “quiet and efficient driving, reduced CO2 emissions and silent running when idling and at slow speeds.”

It takes advantage of a lightweight construction and benefits from a low center of gravity, but SsangYong isn’t that generous with exact details about the concept. The company does say the SIV-2’s chassis and suspension can be adapted for various types of powertrains, including hybrids and pure electric vehicles.

We will know more at the beginning of March when the SIV-2 concept will be introduced in Geneva. The production SUV is expected to go on sale around 2018 and sit above the Tivoli.