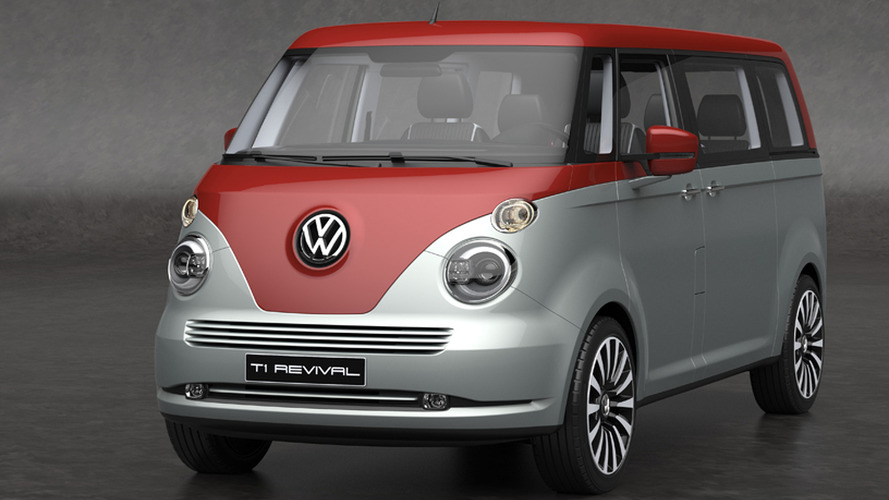 Automotive design guru David Obendorfer is back with yet another lovely digital rendering, this time depicting a revival for the classic Volkswagen Transporter T1.

Automotive design guru David Obendorfer is back with yet another lovely digital rendering, this time depicting a revival for the classic Volkswagen Transporter T1.

The current sixth generation Transporter is less than a year old now and will be on the market for several more years with a facelift likely planned for a later date. But what we’ve got here is an interesting design exercise depicting T6-based retro-styled passenger and cargo vans, carrying the T1 Revival Concept name.

Paying homage to the first series of Volkswagen commercial vehicles, the virtual vehicle has a wheelbase that has been extended by 2.75 inches (7 cm) compared to the T6. Obendorfer explains the design tries to capture the “unique personality” of the classic T1, “translating it into a contemporary language, with curved surfaces, rounded corners, circular headlights, chrome details, and bicolor car paint.”

The interior is equally sexy, combining modern technologies with two-tone paint scheme. The center console is dominated by a compact tablet, surrounded by rounded controls for the climate system. The minimalistic design is completed by a small gear lever, electric parking brake, and a classic steering wheel with chrome inserts and integrated audio and cruise control buttons.