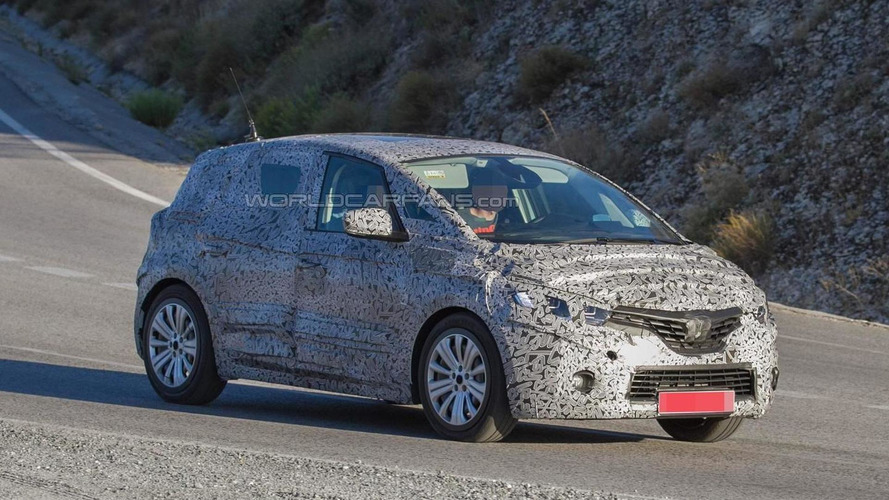 Renault is celebrating the 20th anniversary of the Scenic by announcing plans to introduce the redesigned model at the Geneva Motor Show.

Previewed by the R-Space concept, the new Scenic will feature a modern design that echoes recent models such as the Megane, Kadjar, and Talisman.  The company is keeping details under wraps but previous spy photos have shown the hatchback will have a stylish front fascia with a prominent grille, slender headlights, and a large lower air intake.  The car will also have a short hood, a large windscreen, and a gently sloping roof.

The interior will take a major leap forward as it will have higher quality materials and a modern design.  Details are limited but the car is expected to be equipped with a new R-Link 2 infotainment system that features an 8.7-inch display with a portrait orientation.

Since the model will ride on the same CMF platform that underpins the Megane, engine options will likely be shared between the two models.  Choices remain unconfirmed but the Megane is available with an assortment of petrol and diesel units that produce between 90-205 horsepower.