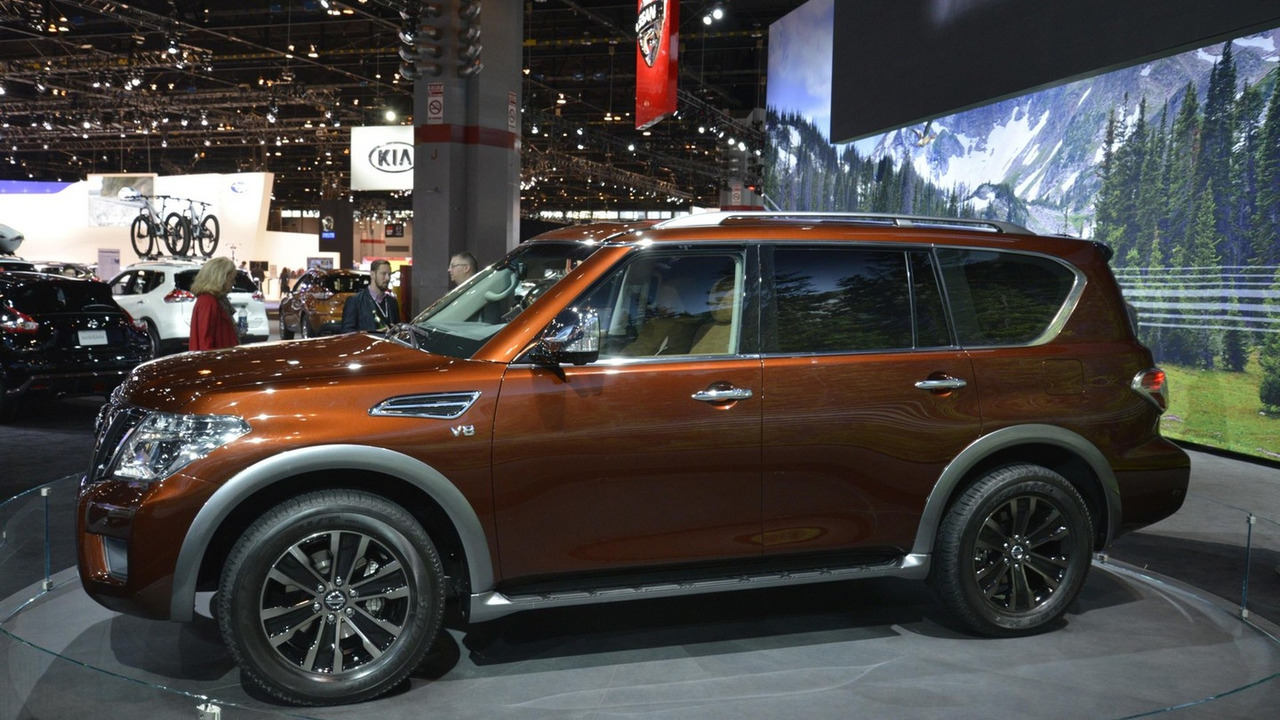 The 2017 Nissan Armada has made its public debut at the Chicago Auto Show looking overly familiar.

The 2017 Nissan Armada has made its public debut at the Chicago Auto Show looking overly familiar.

While this may seem like a lazy job, chances are it’s only a temporary solution until an all-new Armada, which is due towards the end of 2018 or early 2019, arrives. It would be futile to talk about the Armada’s design since this is basically a Patrol for United States.

The brown one showcased in Chicago is the range-topping Platinum featuring lots of goodies like leather upholstery, heated front- and second-row seats, and a rear-seat entertainment system packing dual seven-inch screens. The front seats are also cooled and there’s a heated steering wheel, while on the entertainment front Nissan has installed a 13-speaker Bose sound system working with the eight-inch infotainment setup.

The 2017 Armada US Spec will be offered exclusively with a 5.6-liter V8 engine producing 390 horsepower (291 kilowatts) and 401 pound-feet (543 newton meters) of torque. The motor will be linked only to a seven-speed automatic gearbox and an optional four-wheel-drive system. It would’ve been sweet if Nissan USA would have also brought the NISMO version launched last year in the Middle East as a Patrol with 428 hp (319 kW) and a slightly more aggressive body.

The Armada in US specification is scheduled to go on sale this summer, but Nissan isn’t saying a word so far about the price list.