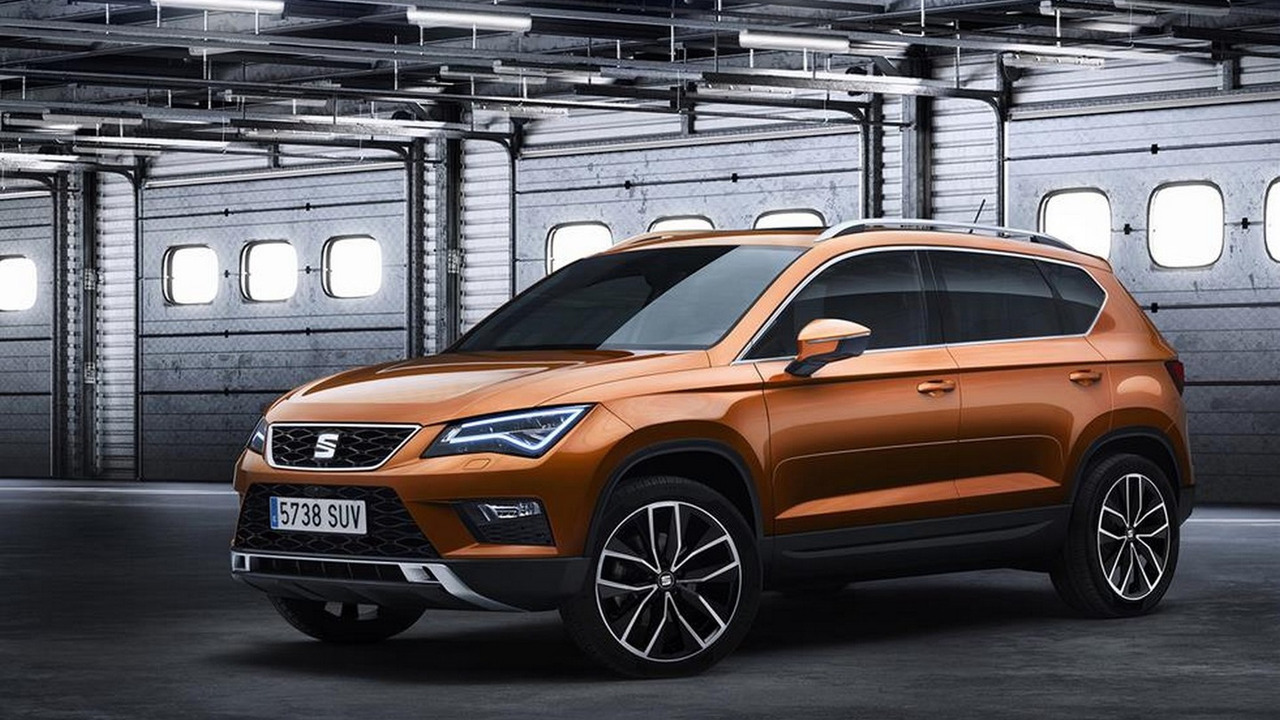 The first official images with SEAT’s first SUV are out ahead of an imminent reveal.

The first official images with SEAT’s first SUV are out ahead of an imminent reveal.

As it turns out, the high-riding model from Martorell is in fact called “Ateca” as opposed to the “Aran” moniker speculated in the media in recent weeks. The compact crossover doesn’t have what we would call a surprising design since many of the styling cues are borrowed from the Leon. It rides on the same MQB platform and you can imagine it will be a crucial model in SEAT’s lineup taking into account it is the company’s first model of this type and aims to grab a piece of the crossover action in Europe.

Along with the attached leaked official images, we also have some preliminary technical specifications, including data about engines. The range will kick off with a turbocharged three-cylinder, 1.0-liter developing 110 horsepower, followed by the beefier turbo 150-hp 1.4-liter engine benefitting from cylinder deactivation. On the diesel side we find the usual 110-hp 1.6 TDI and a larger 2.0 TDI with 150 hp and 184 hp.

All engines will work as standard with a six-speed manual gearbox, but the stronger engines will be optionally offered with a dual-clutch, seven-speed automatic. Front-wheel drive will be standard on the lesser models, but select engines with four cylinders will get SEAT’s 4Drive all-paw setup at an additional cost.

SEAT’s answer to the Kia Sportage, Hyundai Tucson, Nissan Qashqai, and other models in the compact crossover segment will be officially revealed later today. The Ateca will make the trip to Geneva next month and will go on sale in the second half of the year.

Special thanks go to Simon for sending us the tip!