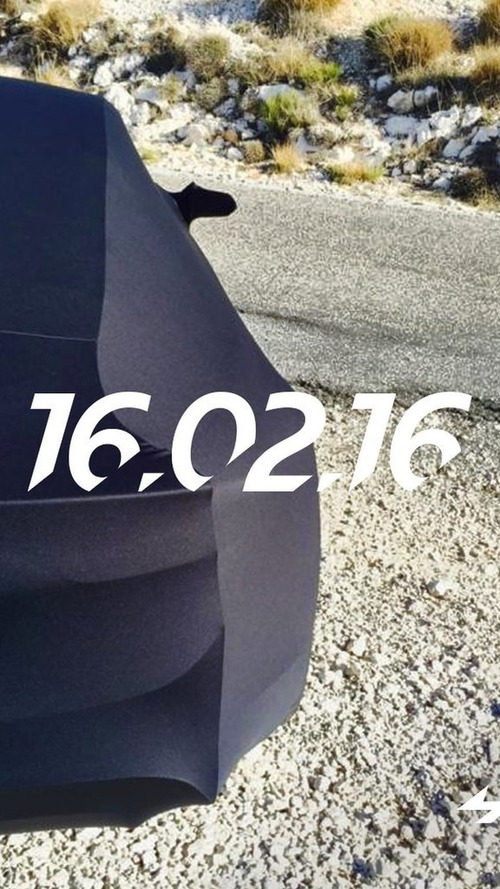 Renault-owned Alpine has published one last teaser of its sports car programmed to premiere on February 16.

Renault-owned Alpine has published one last teaser of its sports car programmed to premiere on February 16.

Unlike the previous teasers which were basically pointless, the final image does reveal some of the vehicle’s silhouette hiding underneath a car cover. The production-ready Alpine will probably have much in common with the Celebration concept introduced last year at Le Mans.

That one was unofficially followed by some patent pics depicting what appeared to be a more production-ready design. The styling will keep a strong connection to the classic Alpine A110, but obviously with a modern twist to make the design fresh for the current trends.

Although the car will be revealed in full in less than a week, it is not supposed to go on sale until next year. At least that is what Alpine boss Bernard Ollivier said in an interview in which he explained the modern Alpine has to be “absolutely perfect” in order to hit dealerships which is why there’s no hurry to launch it.

There has been a lot of speculation concerning what will power the car, with many voices saying it will use a turbocharged 1.8-liter derived from the 1.6-liter inside the Clio RS. Apparently, Alpine has plans to offer the sports car with different output stages and the highest one will allegedly have as much as 300 horsepower. It will also be interesting to see whether the rumored curb weight of 2,425 pounds (1,100 kilograms) will actually materialize.

We will know what’s what next Tuesday when the A120 (name not confirmed) will break cover. Chances are Alpine has plans to bring the vehicle to the Geneva Motor Show which kicks off at the beginning of next month.