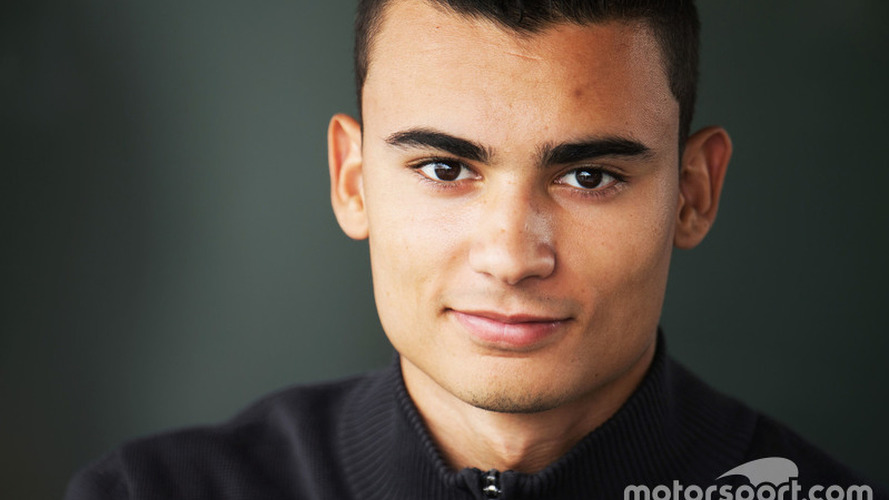 Pascal Wehrlein says Formula 1 points are his target with Manor in 2016, after officially been confirmed as one of the team's drivers on Wednesday.

Pascal Wehrlein says Formula 1 points are his target with Manor in 2016, after officially been confirmed as one of the team's drivers on Wednesday.

The German, who is part of the Mercedes young driver programme, makes the switch to F1 on the back of a DTM championship campaign last season.

And although his running in F1 has been limited to tests for Mercedes and Force India, the 21-year-old is confident that he can fight for top 10 finishes with Manor this season.

"Manor Racing is a great place for me to start my Formula 1 racing career - I'm very pleased to be here," said Wehrlein.

"It's a small and totally focused team and I soon hope to know everyone. Though it's my first F1 season my aim is to help Stephen [Fitzpatrick, team owner] and the guys achieve their goals.

"It will be a tough challenge but I think we should be able to challenge for points along the way. It's going to be good fun."

Wehrlein also paid tribute to the efforts that Mercedes and its motorsport boss Toto Wolff had put in to secure his F1 seat.

"A word for my racing family at Mercedes-Benz, and particularly for Toto, who have guided my career this far and made this opportunity possible," he explained.

"Thanks for the incredible support to help me achieve my dream; now it's down to me to grab the moment and perform on track."

Fitzpatrick said that the signing of Wehrlein was fuelled by his team's desire to push forward this year, having recruited a number of leading F1 technical personnel over the winter.

"Pascal is a sharp driver with a very promising future; Manor Racing is excited to have him aboard," said Fitzpatrick.

"We're a small team up for a big challenge this season, so we've chosen a driver with the talent and hunger to match our own on-track ambitions.

"Pascal has impressed in testing for Mercedes and Force India, together with commanding performances in DTM, culminating in the championship win last year. Manor Racing is perfectly placed to help Pascal make a big impact in his first season. We're looking forward to it!"

The identity of Wehrlein's teammate has not yet been confirmed, with Rio Haryanto, Alexander Rossi and Will Stevens all having been linked with the drive over recent weeks.

It is the last remaining seat on the F1 grid now, with F1 pre-season testing due to start on February 22.