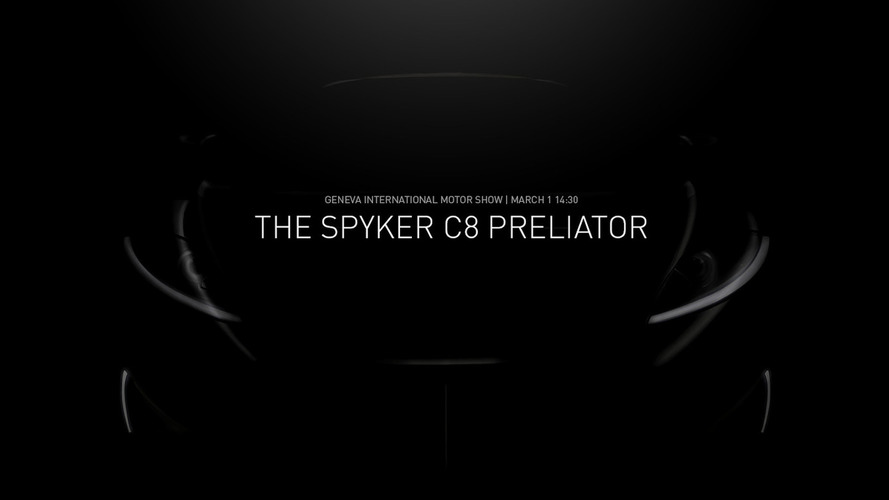 Spyker has released the first teaser image of the upcoming C8 Preliator.

Spyker has released the first teaser image of the upcoming C8 Preliator.

Set to debut at the Geneva Motor Show on March 1st, the model appears to have a rounded front fascia with slender headlights and large air intakes.  We can also see a rounded roof and relatively small rearview mirrors.

Spyker is keeping details under wraps but the C8 Preliator moniker suggests the car will replace the C8 Aileron which originally debuted at the 2008 Geneva Motor Show.  That particular model had an aluminum space frame chassis, an aluminum body, and scissor doors.  The car also featured LED-infused headlights, an aircraft-inspired canopy, and a handful of air scoops that were designed to resemble turbine engines.

Power was provided by an Audi-sourced 4.2-liter V8 engine that developed 400 horsepower and 354 pound-feet of torque.  The engine was connected to a six-speed automatic transmission which enabled the C8 Aileron to accelerate from 0-62 miles per hour in 4.5 seconds before hitting a top speed of 187 mph.

While little is known about the C8 Preliator, previous reports have suggested the car could be an electric vehicle.  This isn't too surprising as the company has previously announced plans to build "elegant and classy [electric] motorcars" following a merger with Portland-based electric aircraft manufacturer Volta Volare.