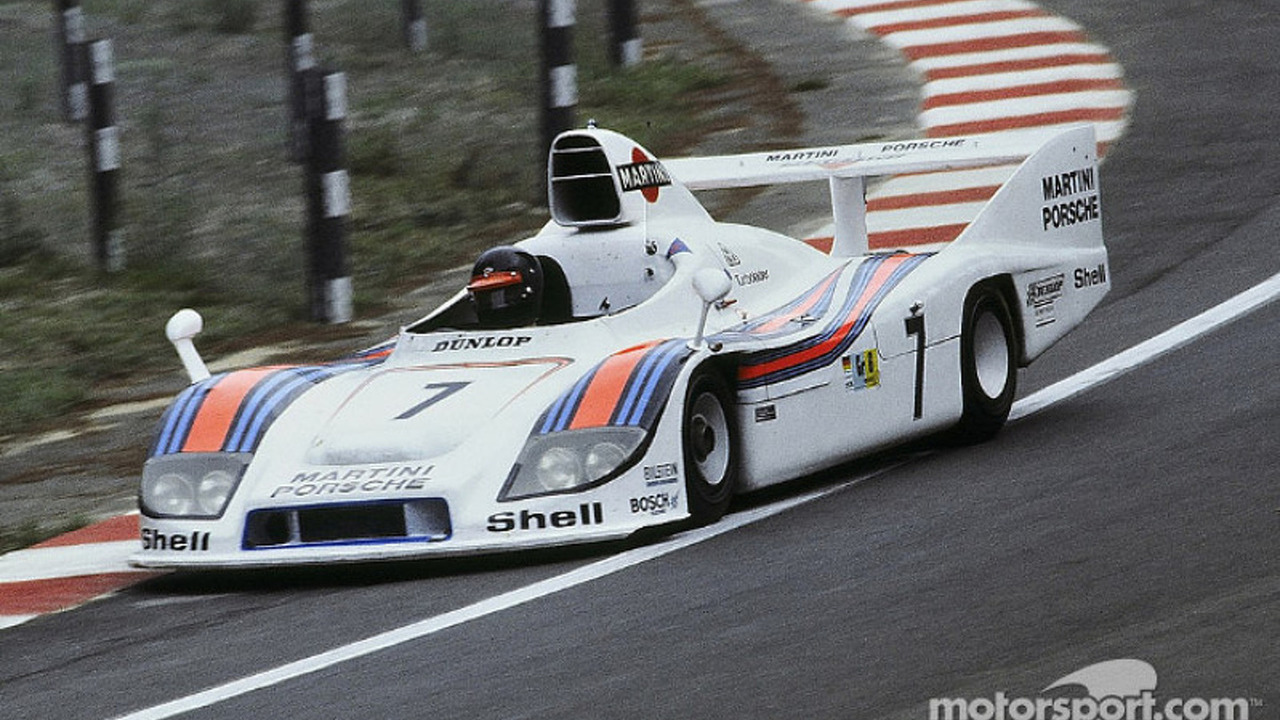 An independent film producer is running a Kickstarter campaign to complete his movie about one of the most fascinating partnerships in American sportscar history. David Malsher reports.

An independent film producer is running a Kickstarter campaign to complete his movie about one of the most fascinating partnerships in American sportscar history. David Malsher reports.

As racing fans, there’s probably not much we can say about Hurley Haywood that hasn’t already been said.

In some ways, he’s fortunate in that he’s a racer whose statistics actually do him justice – five times Daytona 24 Hours winner, three times Le Mans winner, two times Sebring winner, two-time IMSA GT champion, a Trans-Am champion… And of course he was vp of the iconic Brumos Automotive dealerships right up until it was sold last December.

From another perspective, Haywood is distinctly unfortunate in that his remarkable list of sports car accomplishments is often overlooked. Tell someone to list the greatest sports car talents since 1970, and they’ll swiftly come up with Jacky Ickx, Derek Bell, Hans Stuck, Al Holbert and maybe Klaus Ludwig or Bob Wollek. Younger folks will roll-call Tom Kristensen, Allan McNish and perhaps a Capello, Biela or Fassler.

Yet Chicago-born Haywood’s record bears comparison to any of these, except perhaps Kristensen.

Aside from Brumos and Porsche (the marque for whom Haywood scored all his major victories), the other name with which he became synonymous was that of teammate Peter Gregg, the New York City-born racer who not only owned the Brumos dealership until his untimely death in 1980, but who also won the Daytona 24 Hours on four occasions, twice with Haywood.

Gregg’s suicide at the age of 40, mere days after getting married for the second time in December 1980, has attracted much speculation but little in the way of explanation. What we do know is that a major road traffic accident on his way to Le Mans that year had harmed Gregg’s career, perhaps irreparably. The racer who fans had long ago dubbed ‘Peter Perfect’ turned into a perplexed shadow of his former self over the remainder of the 1980 season, his driving blighted by migraines and blurred vision.

It would be wrong to hypothesize any further. The facts are that in the space of two weeks, Gregg’s 25-year-old bride Deborah became a rich but devastated 25-year-old widow, Haywood lost a dear friend, but the Brumos car dealerships continued to flourish, formed as they were in Gregg’s immaculate image.

More than 35 years on, a man who wasn’t even born when Gregg died is eager to bring the Brumos Racing story to the fore once more. Derek Dodge, 32, went to film school in New York City, and went on to become a producer at CNN. He’s worked in film and TV for 10 years, including stints as producer for legendary reporter/journalist/news anchor Katie Couric and also as a producer on the Discovery Channel.

“I only became a racing fan a few years ago,” he admits, “but I would say that the first car I ever fell in love with was the Porsche 911 and Hurley is obviously a Porsche icon. So that was how I first learned about him.

“But the more I learned about Hurley’s and Peter’s story, the more fascinating I found it. I kept having more and more questions and wanted to find more and more answers. And I think in that sense, the film became a bit of a mission of sorts.

“The timing seemed right, too. The Brumos dealership has been sold, so there’s some bittersweet feelings for those who are involved with or are fans of Brumos Racing.

“But Hurley is still very prominent in this sport so I think race fans will be interested in hearing stories from his glory days.”

Of course, Haywood’s heyday stretched across three decade. For example, he won Le Mans in 1977 in a Porsche 936 with Ickx and Jurgen Barth, in ’83 in a 956 with Holbert and Vern Schuppan, and in ’94 driving the Dauer 962 with Yannick Dalmas and Mauro Baldi.

However, Dodge states: “This is not a straight biopic. It’s more a slice of life, really focusing on the ’70s, from when Hurley met Peter Gregg until shortly after Peter’s death.

“What really interests me about the sport and these two men in particular is the idea that, from the outside, racing seems like a glamorous and sexy sport, but once the men and women put their helmets on, get into the cars and do amazing things with those cars, we as spectators forget that there are still human beings in those cars.

“So I intend to show more of the human side of racing and what it was like being a race driver in that era. That is what I hope will set this film apart – showing the personal side of racing through Peter and Hurley.”

Dodge’s need for the Kickstarter campaign to finish the documentary is because of a purist approach to the work… which naturally makes it also the hardest.

“This is truly an independent film,” he explains. “I thought about seeing if any of the major broadcasters would want to sell it. But at the end of the day, I didn’t want to go down that road because if you’re going to really make the film you want to make, the fewer people who are involved the better.

"That’s also the most difficult direction to take though, because we have a very small team.”

Dodge says the project is now on the final lap but needs some funding to help fuel it to the checkered flag.

“I met Hurley almost 18 months ago, so we’ve been shooting now for almost a year. You shoot when you can, edit when you can, but you’re always gathering raw material. And we’re finally at a point where the film is really starting to take shape.

"That’s why Kickstarter is so important: if we can find the funds to keep finishing the film over the next couple of months, then it could be done by the end of the summer. That way, we’d be able to release it in 2017.”

Lack of funding isn’t the only problem here, though. However much this is a story of two human beings, the fact is that their link with each other and their individual raison d’être was racing. That’s going to be the hook for motorsport fans… and that's why Dodge is still, desperately seeking racing footage.

“The movie Senna is regarded as one of the best racing films ever, and it is remarkable because it uses 100 percent archival footage,” he observes. “By contrast, we don’t have enough archival footage so we’re still hoping to find a treasure trove somewhere.

“We’ve been getting some great support from people involved in racing and people who were attending races in that era. But I wouldn’t say we have enough footage yet, and that’s why I’m appealing for people with footage or photos to contribute. We can use all the material we can get.”

For Dodge, making Hurley Haywood and Peter Gregg: The Untold Story has been an interesting journey already, as he’s become a motorsport fan later than most, but has also reawakened skills that lay dormant while working for CNN, ABC, the Travel Channel, and more.

“This will be the first feature-length documentary I’ve directed since film school,” he notes, “so for me, personally, it’s been a re-education of sorts. But the end product, I hope, is going to honor Hurley’s legacy, honor Peter’s memory, and really make Brumos and Porsche fans proud.

“It’s more than that, though, because I really hope it transcends the sport. I do think the story alone – even if you took out the racing – is appealing, and so I think we can make this a really entertaining and educational film that can be taken to a broader audience.”

An ambitious project, then, in terms of subject matter, methodology and vision. Yet ironically, Derek Dodge’s Kickstarter target of $35,000 sounds very modest and achievable. [See link below for more details.]

Yet you could argue that however fine these efforts were, they were all aimed as much at the general public as the race fan, which is also what Derek Dodge hopes to do with Hurley Haywood and Peter Gregg: The Untold Story. However, truth be told, we already knew a lot about Ayrton Senna, Niki Lauda vs. James Hunt, the grueling nature of racing at Le Mans… and drag racing fans certainly know the back story of Don Prudhomme vs. Tom McEwen.

Despite his stated ambition to make his documentary also appeal to non-racing fans, Dodge may have underestimated how important his work could be in educating even the so-called cognoscenti. Haywood and Gregg remain under appreciated within motorsport: their Untold Story could change all that.

To see a preview trailer and to make a financial contribution via Kickstarter, click here.
There are perks for contributors. For example, pledge $25 and you get to own a digital version of the movie when it's done. $500 and you can Skype with Hurley Haywood, etc.