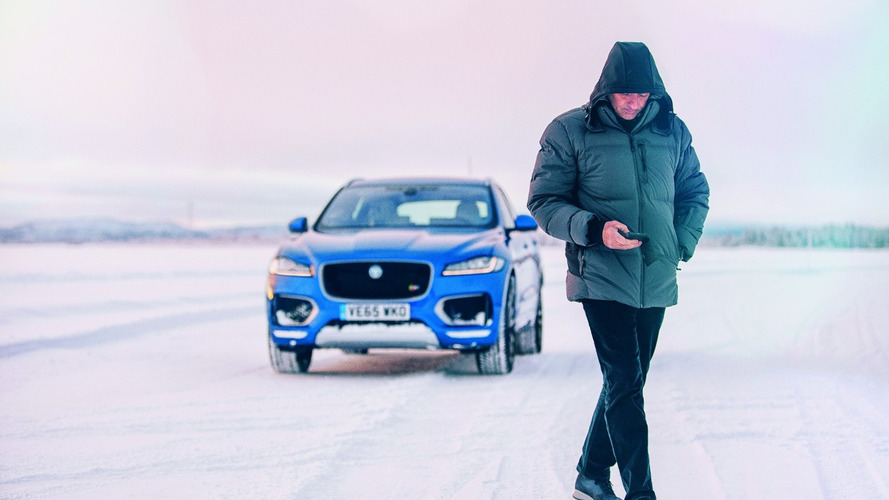 Famous soccer coach José Mourinho was asked by Jaguar to take the F-PACE for a quick spin on a frozen lake in Arjeplog, Sweden.

Famous soccer coach José Mourinho was asked by Jaguar to take the F-PACE for a quick spin on a frozen lake in Arjeplog, Sweden.

He drove a prototype of the F-PACE S at Jaguar Land Rover’s testing facility on a 37-mile frozen lake at temperatures as low as -22 °F (-30 °C). The action took place just 40 miles near the Arctic Circle and as you would imagine José Mourinho was very pleased with the performance crossover. He has already placed an order for the model which will join his F-Type Coupe.

Mourinho’s driving skills in the F-Pace S prototype were put to the test by Finnish professional driver, Tommi Karrinaho. As the reputable coach explains, “the flying lap with Tommi sent my adrenaline soaring. It’s something I’ve only ever experienced before when I have walked out in front of 80,000 football fans.”

Under the hood of the prototype was a supercharged 3.0-liter V6 pumping out 380 horsepower and 332 pound-feet of torque channeled to both axles through a ZF eight-speed automatic transmission. The hardware arrangement allows the F-PACE S hit 62 miles per hour (100 kilometers per hour) from a standstill in 5.1 seconds before topping out at 155 mph (250 kph). Keep in mind the F-PACE S is also available with a 3.0-liter turbodiesel, but that one is substantially slower at 0-62 mph in 5.8 seconds and a 150-mph top speed.

Those who would like to embark on a similar adventure will be happy to hear the Jaguar Ice Drive Experience will begin next year in the exact same location.