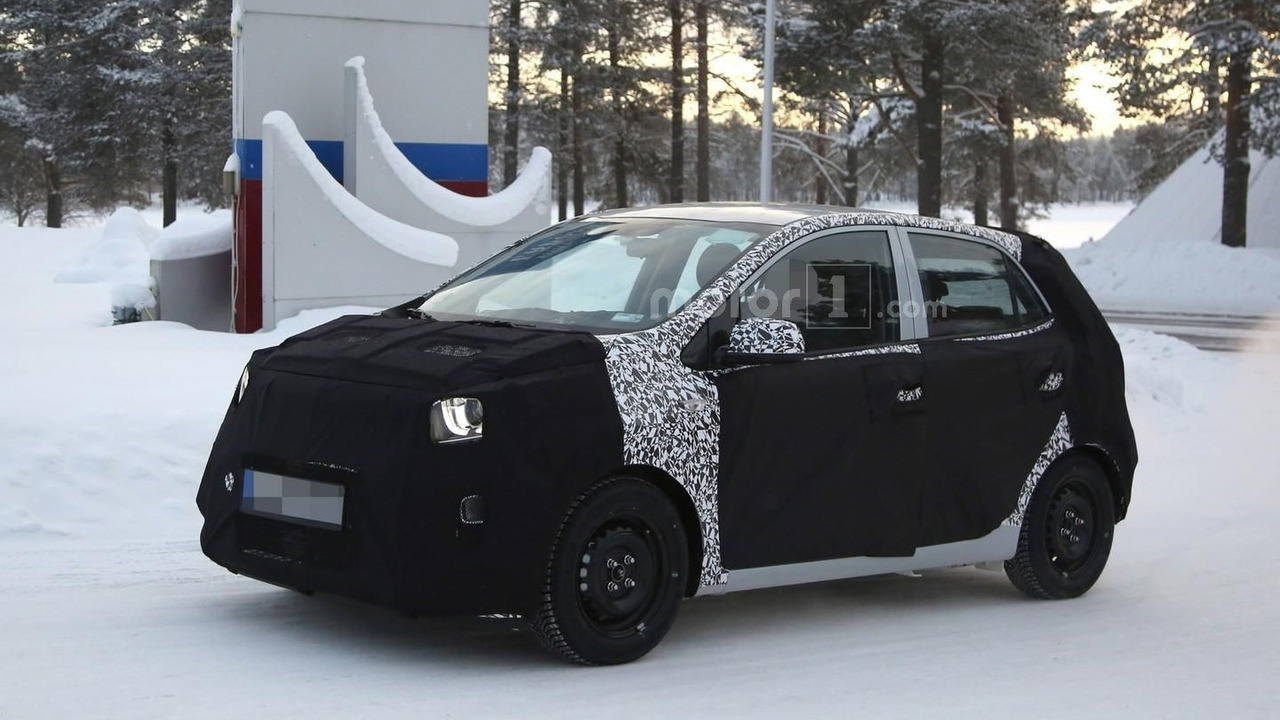 A convoy of Kia and Hyundai prototypes was spotted recently cold weather testing and among the camouflaged cars there was a 2017 Picanto.

A convoy of Kia and Hyundai prototypes was spotted recently cold weather testing, and among the camouflaged cars was a 2017 Picanto.

The extensive disguise can’t hide the car’s increased size compared to the outgoing model and it's easy to notice the rear side windows are wider and the rear end also seems bigger. This can only mean Kia’s engineers are developing the new city car with more rear legroom and quite possibly a bigger trunk.

The designers have come up with entirely new headlights featuring LED daytime running lights and LED turn signals which are a nice feature to have on Kia’s cheapest model. LEDs are also at the back on the reshaped taillights that seem to have lost the boomerang formation. The prototypes spotted here all come with a five-door layout, but Kia could decide to launch a three-door model once again. However, the latter isn’t nearly as popular as the more practical five-door model, so the Koreans could decide it’s not worth it.

We don’t get to see the interior in the spy video, but the attached images from January show the new steering wheel and a redesigned dashboard with repositioned vents that have a different shape. The dials are also bound to go through some changes as the speedometer will be moved from the center to the right of the instrument cluster.

The engine lineup will largely be carried over from sister model Hyundai i10, so expect a naturally-aspirated 1.0-liter gasoline engine with 66 horsepower and a 1.2 liter rated at 87 hp. We just hope Kia will also throw in its new turbocharged, three-cylinder 1.0 liter with 100 hp. It made its debut last year on the facelifted cee’d where it’s also available in a 120-hp version and we believe it would be ideal for the smaller Picanto.

Set to battle the VW up!, Opel Karl, and Renault Twingo, Kia’s all-new Picanto will likely be introduced in October at the Paris Motor Show and go on sale before the year’s end.