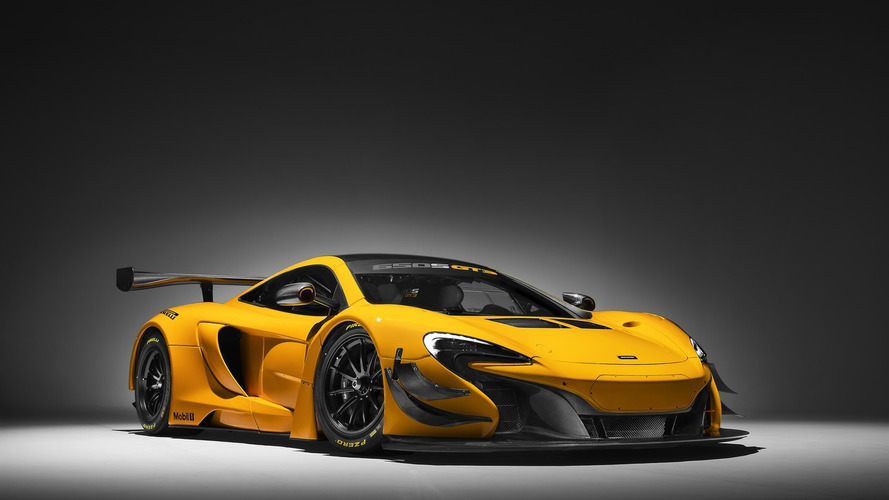 McLaren GT has taken the wraps off the 2016 650S GT3 which will receive its proper introduction next month at the Geneva Motor Show.

McLaren GT has taken the wraps off the 2016 650S GT3 which will receive its proper introduction next month at the Geneva Motor Show.

Set to be offered to customer teams from all over the world, the latest track-only 650S comes with a modified body and carries over the biturbo 3.8-liter V8 engine linked to a six-speed sequential gearbox. The engine is rated at approximately 500 horsepower to meet the FIA GT3 regulations and the vehicle tips the scales at 2,733 pounds (1,240 kilograms).

In other news, McLaren GT has announced an extension of the factory driver lineup with the addition of 24-year-old Frenchman Côme Ledogar joining Rob Bell and Alvaro Parente. The new member of the team will compete in the Blancpain Endurance Series and the Blancpain Sprint Series with the latest 650S GT3.

The McLaren GT Driver Academy has also gained a new member, with 21-year-old Colin Thompson joining Alex Fontana, Struan Moore, and Andrew Watson. He will be a part of the K-PAX Racing / Flying Lizard Motorsports two-car lineup in the Pirelli World Challenge.

As a final note, the 2015-spec McLaren 650S GT3 took the win last weekend in the Bathurst 12 Hour with the #59 Tekno McLaren driven by Shane van Gisbergen, Alvaro Parente, and Jono Webb.